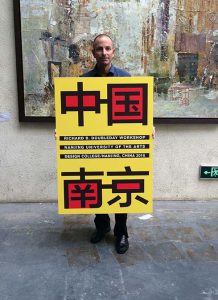 Doubleday has received a Fulbright fellowship to study the dramatic change in graphic design that has occurred since China adopted a free market economy.

LSU College of Art & Design Associate Professor Richard Doubleday has been named a Fulbright senior scholar. The Fulbright Scholar Program will fund his research on contemporary Chinese graphic design at Beijing’s prestigious Tsinghua University, the Academy of Arts & Design and the China Central Academy of Fine Arts. He will conduct research in China from September 1 – November 30, 2017 and from May 1 – June 30, 2018.

Doubleday first became interested in Chinese graphic design after leading seminars at Chinese universities. He has also written essays and reviews on graphic design that have been translated into Mandarin and was featured as a guest writer in a special edition of Tsinghua University’s Zhuangshi Chinese Journal of Design.

Over the past 10 years, Doubleday has gone to China at least once a year to teach seminars and workshops at various Chinese design schools. He was particularly drawn to the way Chinese graphic designers combine Roman typography and traditional Chinese calligraphy to create an interesting and appealing visual aesthetic. 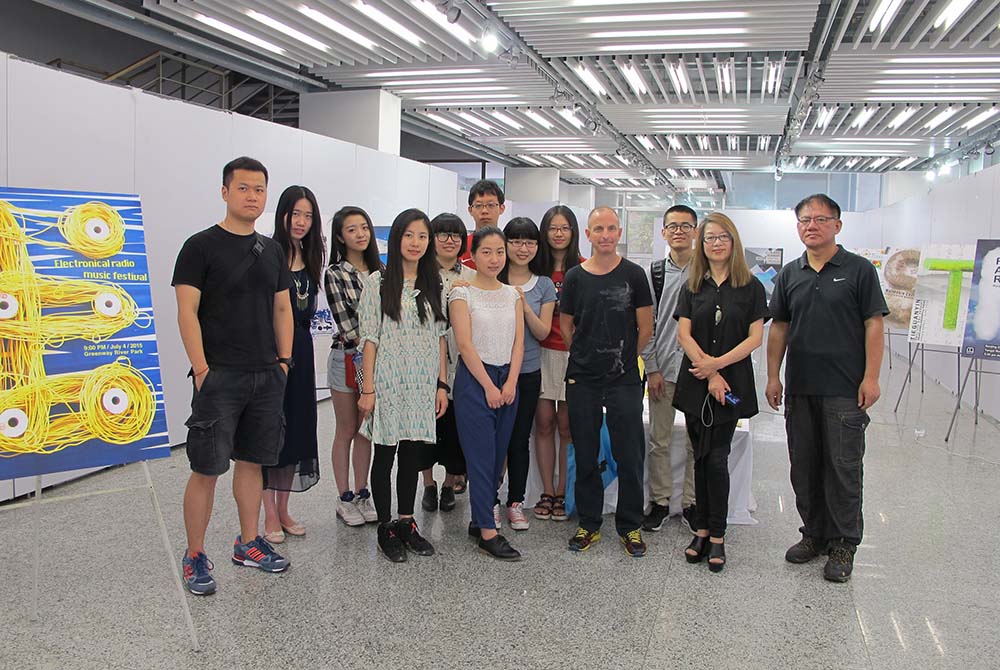 Over the past 10 years, Professor Richard Doubleday has taught seminars and workshops in China, including at a graphic design school in Nanjing, pictured here.

“It’s overwhelmingly impressive to go over there and see the development and how much things have changed in such a short amount of time,” Doubleday said. “Graphic design, as we know it today, didn’t really exist in China in 1979, and now there are hundreds of graphic design schools and thousands of design students.”

Doubleday also tries to bridge his work between China and LSU. The LSU School of Art has hosted faculty from Chinese universities at LSU to share skills and methods between the two countries. Doubleday said this exchange provides mutual benefits for both the Chinese and LSU scholars, and helps LSU build international collaborations.

LSU has a video uplink studio with live broadcast capabilities. Contact us to set up an interview.