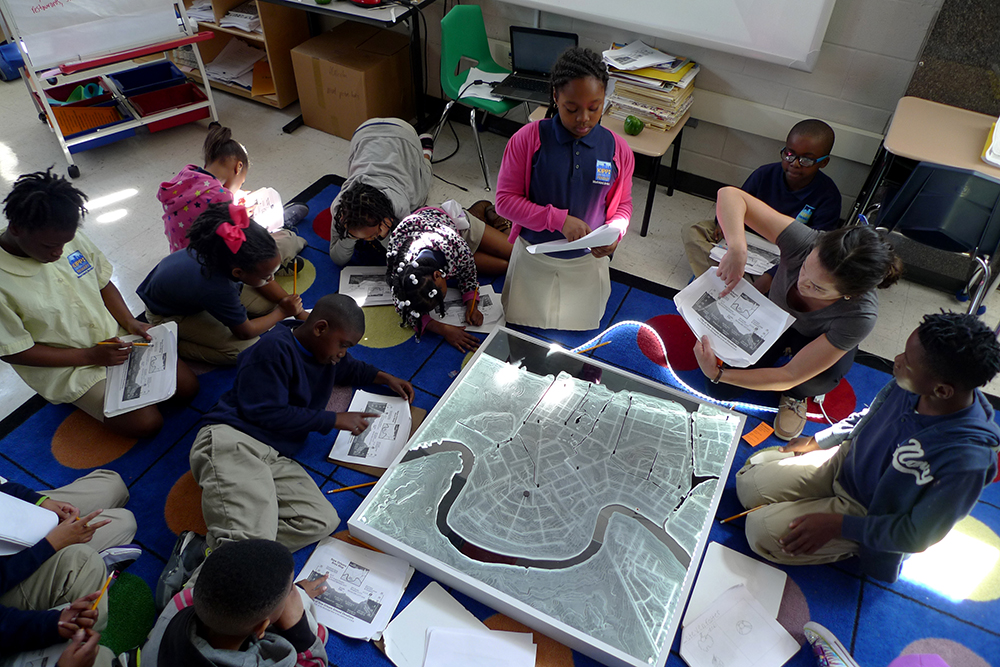 What if every fourth-grader could describe the impact that rainfall and runoff have on the urban landscape?

For a city such as New Orleans, whose metro region averages more than five feet of rain per year and annually spends millions of dollars pumping out stormwater, it is increasingly imperative that every citizen graduate high school with basic “water literacy.”

Starting this year at KIPP Central City Primary, Ripple Effect, a non-profit organization that promotes water literacy through design-based, in-school instruction, is building an empowered and water-literate citizenry. Ripple Effect team members are practicing teachers, designers, and water experts collaborating to develop a curriculum that aligns with Common Core and Next Generation Science standards to teach kindergarten through twelfth-graders about hydrology, ecology, and geography—all through design processes! 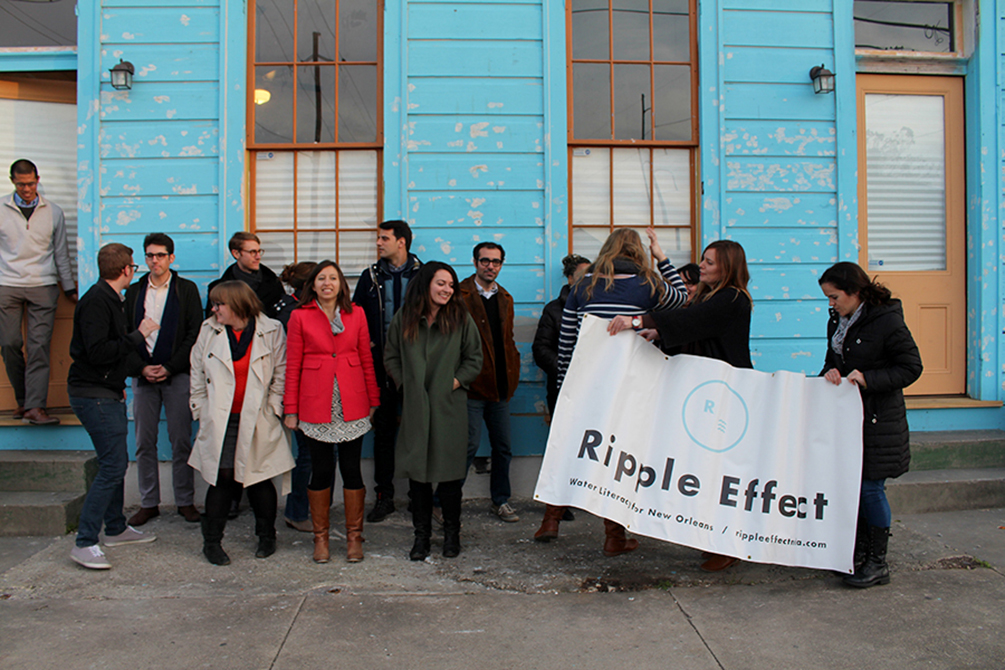 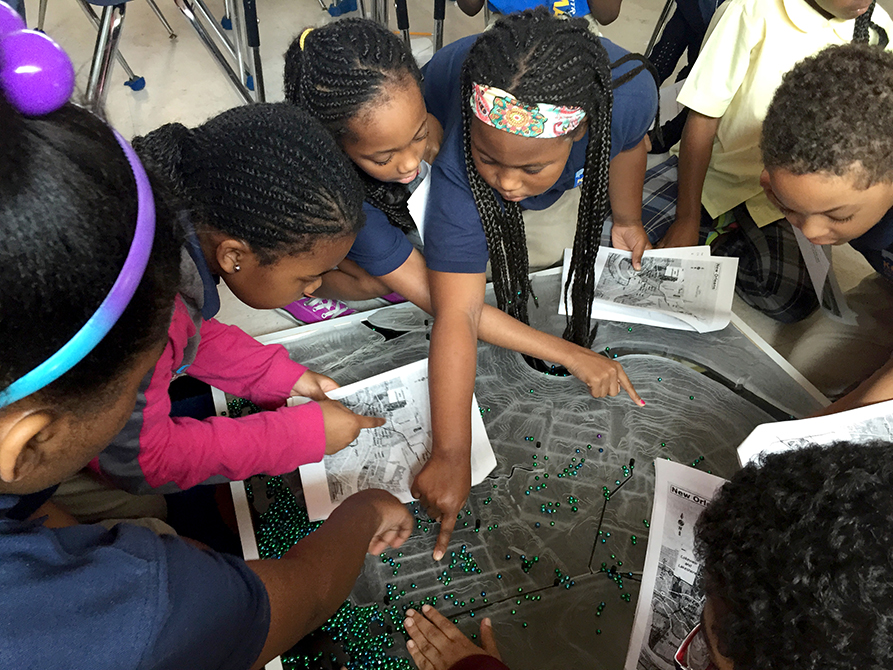 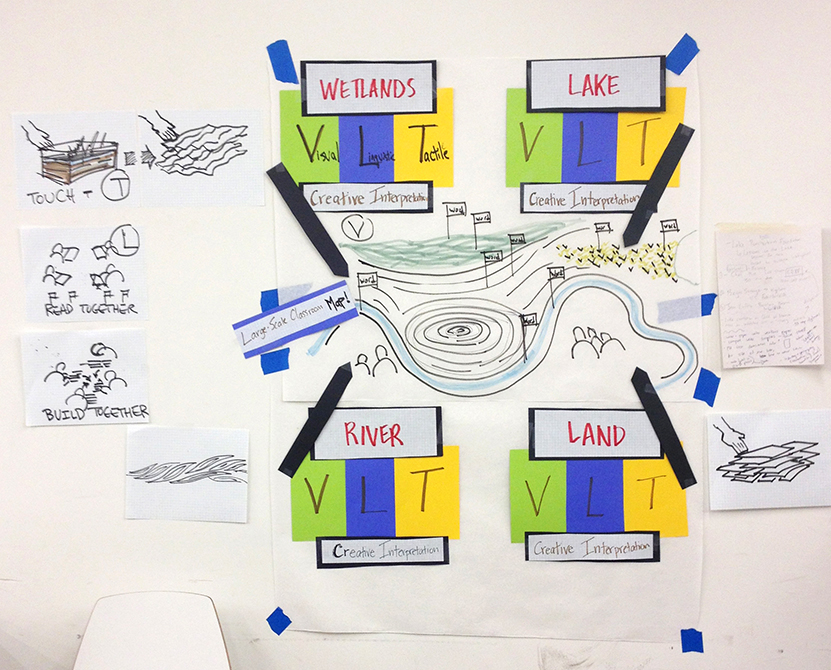 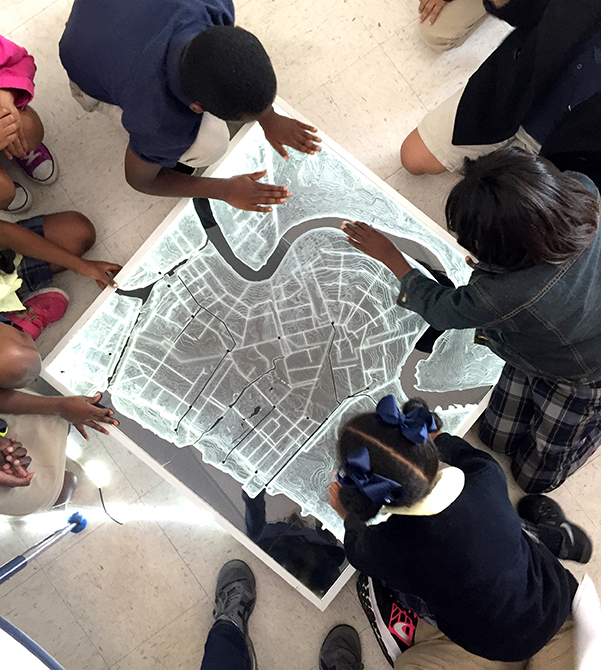 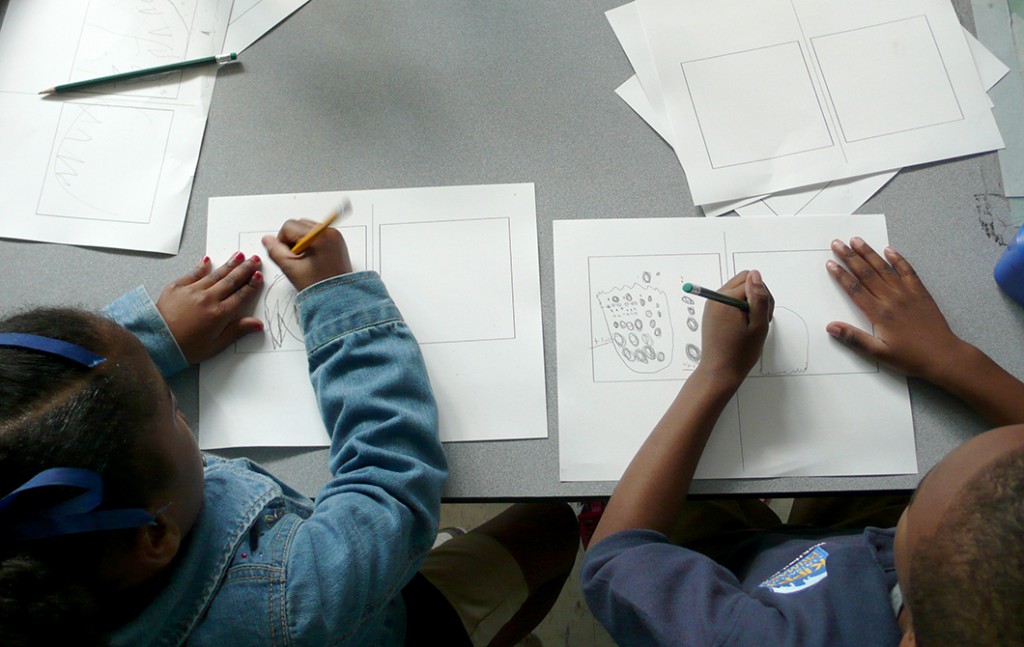 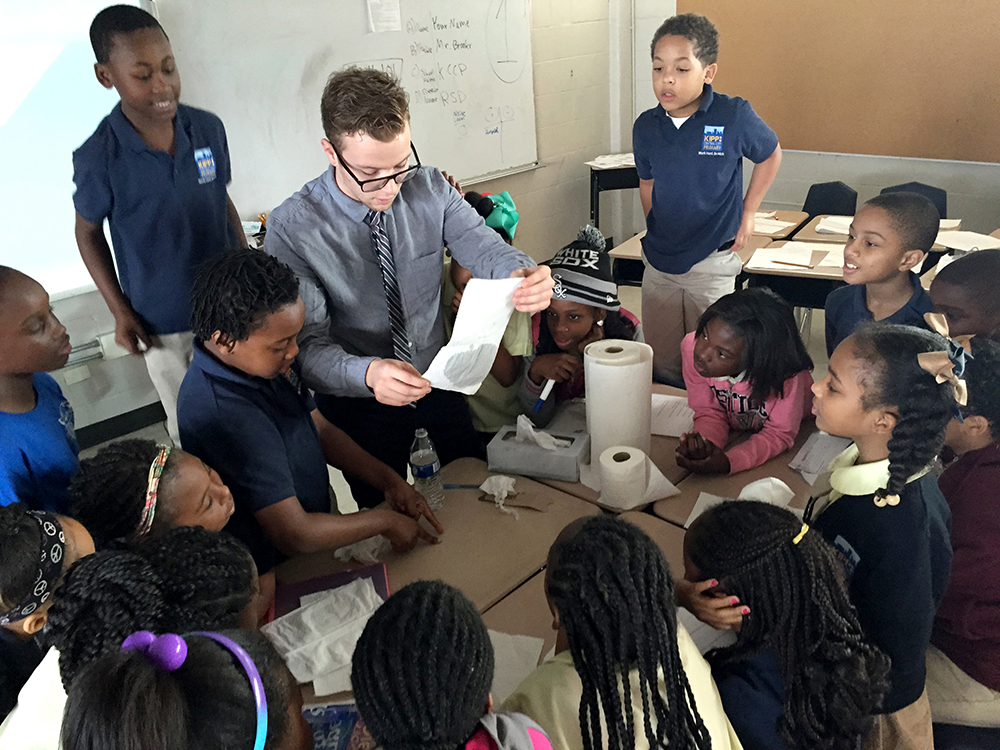 Ripple Effect co-founder Aron Chang taught architecture and landscape architecture courses at the LSU College of Art & Design and is currently an architectural designer and planner at Waggoner & Ball Architects. Chang serves on the interim steering committee of the Greater New Orleans Water Collaborative and was a primary writer, design team leader, and outreach coordinator for the Greater New Orleans Urban Water Plan. In 2012, Chang and co-founder Claire Anderson, a first-grade teacher at KIPP Central City Primary, created a water workshop for 30 fourth graders at KIPP as part of a three-week study of the city’s geography and topography, subsidence, flooding, infrastructure, and international “water cities.” Today, they have a team of 12 designers, seven teachers, and eight water experts working on Ripple Effect from grades K–4 at that same school.

“Without a basic knowledge of the problems at-risk communities face in an era of climate change and sea-level rise,” said Chang, “the average citizen isn’t likely to support proper investments in infrastructure or develop the necessary skills to protect their communities.”

“Basically, we teach teachers how to teach design,” explained Kelsch, who is part of the design team helping Ripple Effect create the curriculum, bringing an understanding of design process and pedagogy to teachers.

Kelsch helps lead day-long training workshops hosted by Ripple Effect five times each semester. At Ripple Effect workshops, teachers and designers learn about local water issues and how to use the design process as a pedagogical tool.

As an instructor interested in reaching out to younger demographics and “getting kids excited about design,” Kelsch volunteers with a number of organizations and initiatives intended to inspire students to pursue careers in design. She has led the Architecture Camp at LSU every summer since 2011. She mentors students through the National Organization of Minority Architecture Students Light a Fire program, and she is an ACE Mentor at De La Salle High School in New Orleans. Most recently, as part of a STE+AM initiative, she introduced architecture to eighth-grade students at Mann Arts and Science Magnet Middle School in Little Rock, Arkansas, through a partnership with the Alex Foundation over spring break.

In 2014, Ripple Effect was one of seven organizations to receive funding from the Sewerage & Water Board of New Orleans to implement green infrastructure demonstration projects, education, and outreach initiatives. During the 2014–15 pilot year, Ripple Effect has engaged more than 300 students and their families at KIPP Central City Primary through new curriculum, community events, and a campus redesign project. 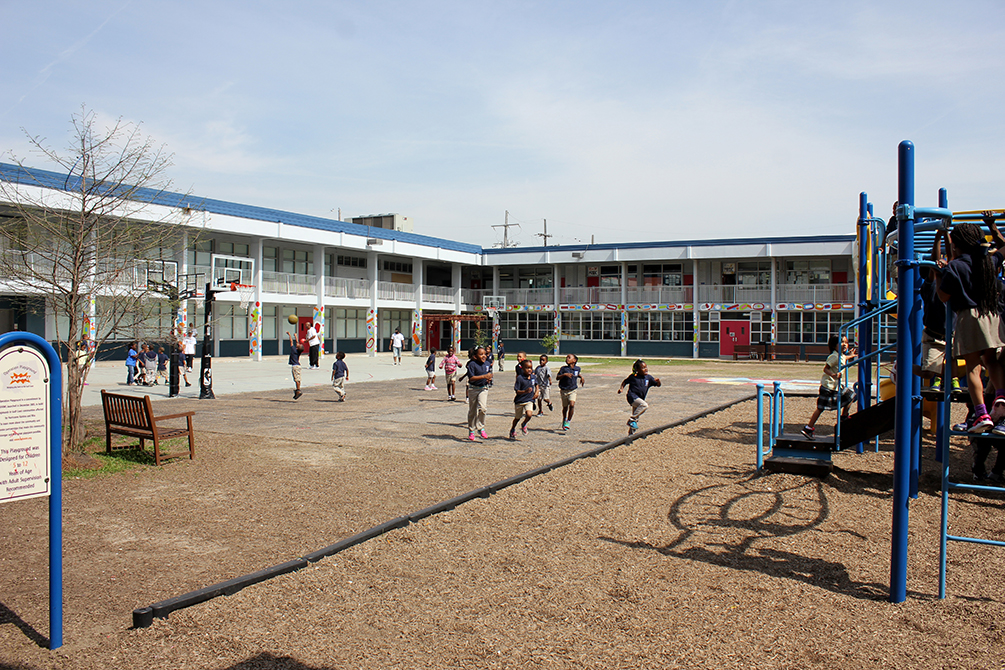 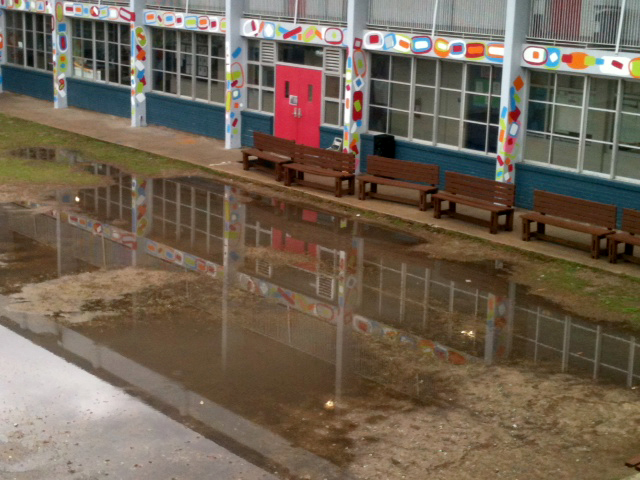 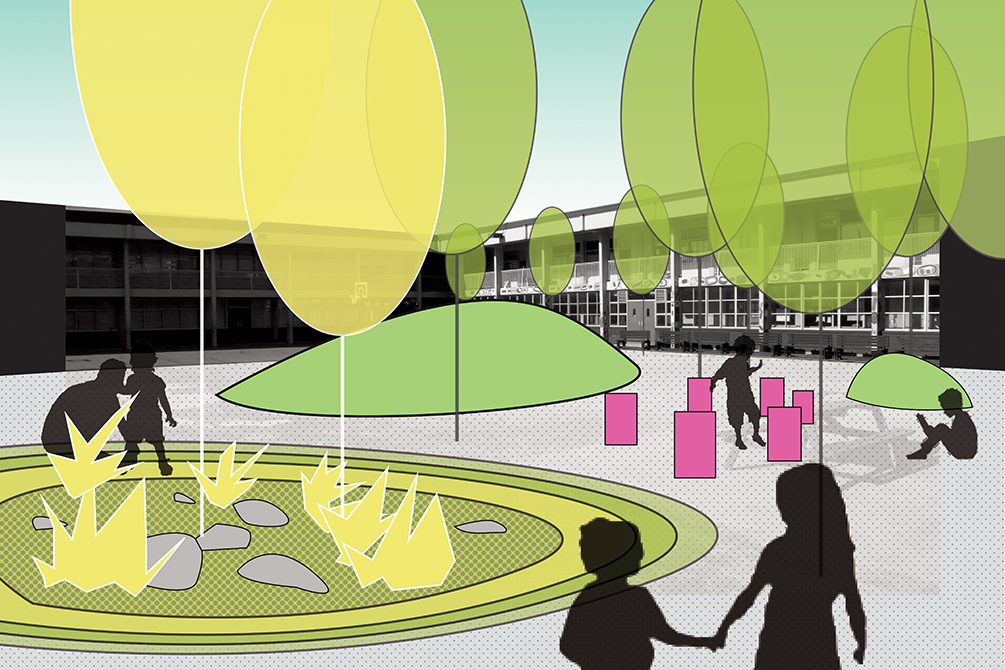 Yes, Ripple Effect also remediates actual sites! They are redesigning the schoolyard at KIPP Central to solve flooding issues and provide sustainable water management features that teachers and students can connect to in class learning. Chang said the students are learning how to draw in plan and sections, how to map flooding in their own courtyard, and how to make decisions about the placement of new trees and rain gardens.

“Water projects at the city scale are so vast so as to be almost abstract,” said Chang. “Boiling down these concepts to an area the children can relate to, such as their school’s courtyard, makes sense and helps tie the project to their personal experiences.”

With pavement covering 75 percent of the surface area and no shade, the courtyard floods every time it rains and is inhospitable in the hot sun. Local foundations are playing an important role in funding this project, but Ripple Effect is also in the last week of an ambitious campaign to fundraise the remainder through Kickstarter (Water Literacy School Courtyard, kickstarter.com/projects/527653864/water-literacy-school-courtyard). The funding will go towards adding rain gardens, large cypress trees, and a giant play mound that will not only solve the school’s flooding issues but create a joyful and fun environment that teaches students about their place in the Mississippi River Delta.