The LSU Museum of Art will feature the first museum exhibition of Nari Ward’s work since the New York–based artist received a coveted Rome Prize in 2012–13. Rooted Communities, Ward’s first solo exhibition in Louisiana, will open February 7, 2014, and run through August 10, 2014. An opening reception with the artist will be held at the LSU Museum of Art on Thursday, February 6, from 6–8 p.m. Nari Ward will present a lecture at the LSU College of Art + Design on Monday, March 24, at 5 p.m., LSU Design Building, room 103. 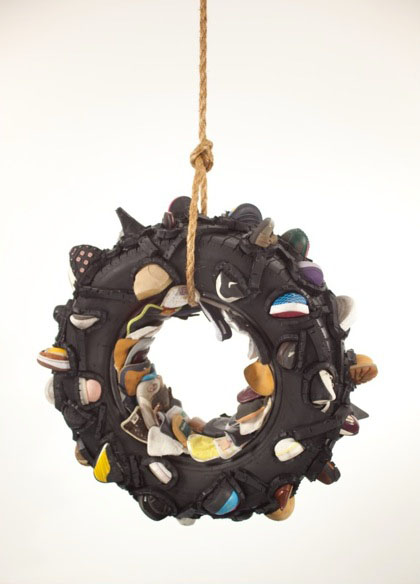 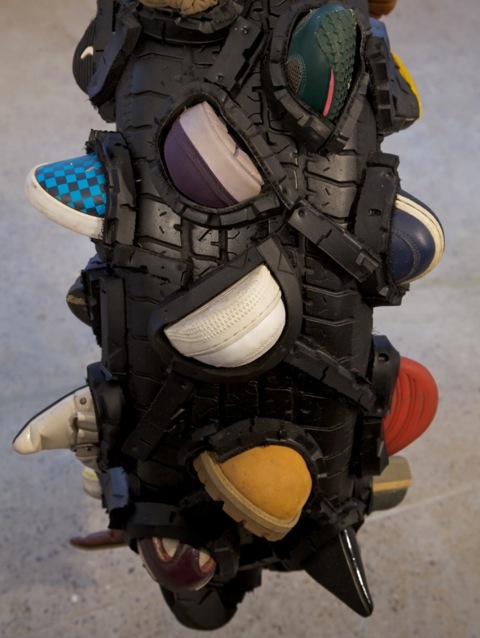 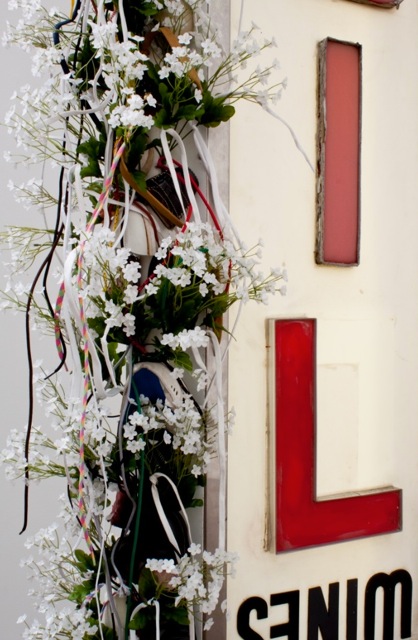 Ward was awarded the 2013–14 LSU College of Art + Design’s prestigious Nadine Carter Russell Chair, a rotating residency shared among the four disciplines within the college. Rooted Communities coincides with Ward’s residency at LSU and highlights a series of the artist’s recent sculptures, works on paper, and mixed-media installations. During Ward’s residency as Nadine Carter Russell Chair at the LSU College of Art + Design, Ward will work with students in the advanced sculpture class taught by Malcolm McClay, associate professor of sculpture at the School of Art. In April, the LSU Museum of Art will debut an installation to be made with university students during the spring.

Since 2000, Ward has lived and worked in Harlem, New York, collecting the neighborhood’s discarded objects for use in his work. His works give presence and new life to these unwanted or forgotten items. “It starts as a personal, immediate connection with what’s going on around me,” Ward described of his process and inspiration. “But the broader and bigger it becomes, the more powerful I think the work can be.”  The meaning of Ward’s work is chameleon-like, changing within the context of its presentation.

Rooted Communities comprises 22 mixed-media sculptures, some of which are free standing, while others hang from the walls or ceiling. A master at balancing elegance with grittiness, Ward articulates multi-layered issues that affect all communities—economics, poverty, race, culture, and how these factors shape a society.

A tire swing (Swing, 2012), for example, suggests carefree living—until one notes that the tire is suspended from a hangman’s noose, a particularly poignant and raw symbol in the Deep South. In Loisaidas LiquorsouL (2011), Ward rearranges the letters of a neon liquor store sign, positioning the letters S-O-U-L upright while leaving the remaining letters upside down. With the work, Medicine Bats (2011), Ward comments on America’s national pastime and shows how it is a sport constantly grappling with its history and legacy from the earlier restriction of African American players to its more recent attempts to address the players’ use of steroids.

Dr. Jordana Pomeroy, executive director at the LSU Museum of Art, notes that “Ward’s work encourages different interpretations and narratives based on the experiences that the viewer brings to the conversation. In this way, there is no single interpretation but a multitude of associations that feed into the meaning of each work of art. We expect our visitors to leave with varied reflections on their visits to the exhibition.”

Born in St. Andrews, Jamaica, Ward came to the United States as a young boy. Early in his career, he explored illustration and figurative painting until a summer at the Skowhegan School of Painting & Sculpture convinced him that sculpture was his calling. Controversial issues surrounding citizenship, cultural consumption, discrimination, race, and poverty build the narratives that Ward articulates in rubber, string, metal, and other detritus. His powerful yet delicate sculpture reveals his profound respect for the process of making art, which can transform the mundane and unattractive into something of great beauty, which in turn, often references subjects of great ugliness, including racism and police brutality.

“I build drama from the use of found and everyday objects, merging physical information and materials with memories, thoughts, experiences, and questions,” declared Ward. “The exhibition space is the place of contemplation where I attempt to visually seduce the viewer into a dialogue with their own undirected but necessary thoughts and emotions.”

Nari Ward recently returned to the United States following a Rome Prize fellowship, an annual award bestowed by the American Academy in Rome to a select group of individuals who represent the highest standard of excellence in the arts and humanities. Additionally, Ward has received commissions from the United Nations and World Health Organization and awards from the American Academy of Arts and Letters, the National Endowment for the Arts, the New York Foundation for the Arts, the John Simon Guggenheim Foundation, and the Pollock Krasner Foundation.

Rooted Communities was organized by the LSU Museum of Art and is on loan from the Lehmann Maupin Gallery, New York.

General admission to the LSU Museum of Art is $5 each for adults and children age 13 and older. Admission is free to university faculty, staff, and students with identification, children age 12 and under, and museum members. Hours of operation are Tuesday, Wednesday, Friday, and Saturday from 10 a.m. to 5 p.m., Thursday from 10 a.m. to 8 p.m., and Sunday from 1–5 p.m. Visit lsumoa.org or call 225-389-7200 for more information.