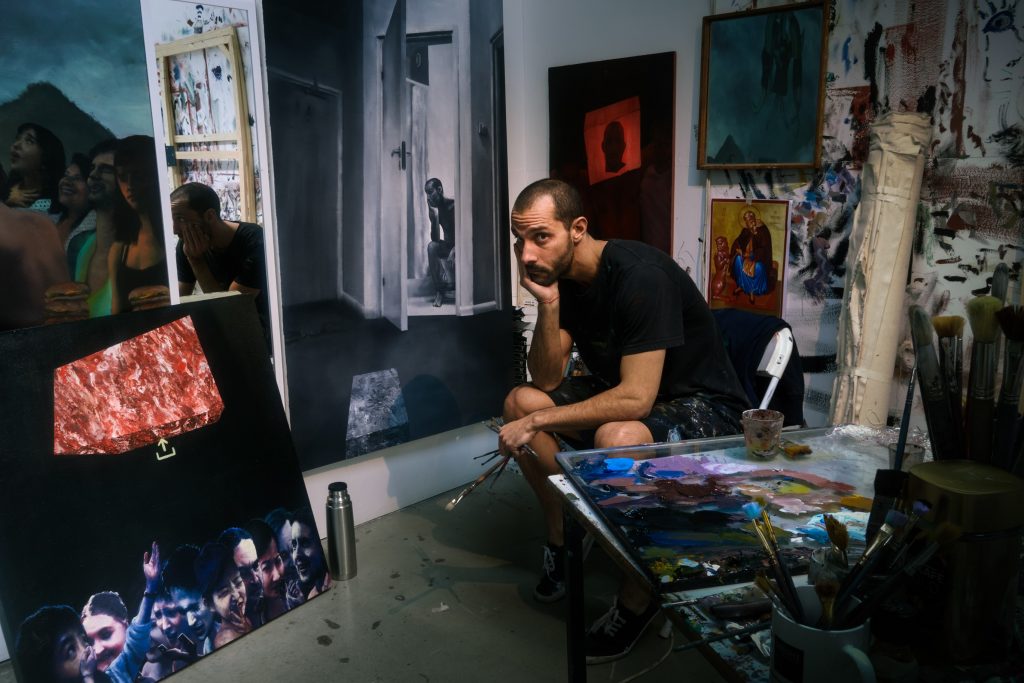 Theo Bargiotas in his studio

Theo commented on his win, “It is truly a pleasure to be a part of The Graduate Art Prize. Winning enables my cosmology to be communicated to an audience outside of the strictly academic world, which is a necessary process for artist and audience. All in all, winning a prize is of course enjoyable but the most significant aspect is that the work gets seen. The bigger the prize, the greater the audience, and this is what pleases me.”

Theo’s painting procedure and technique is a result of researching early modern European art, especially Dutch and Flemish Renaissance/Baroque painting. He creates his own oil painting mediums, having thoroughly researched recipes from the Old Masters and contemporary conservators. “This alchemistic approach gives me a feeling of continuation of a tradition beginning 30,000 years ago in the caves of Chauvet where my predecessors portrayed their charcoal impressions of the world around them,” he stated.

The piece “Untitled” was selected by ARTIQ along with 23 artist finalists, and nominated by online voters. 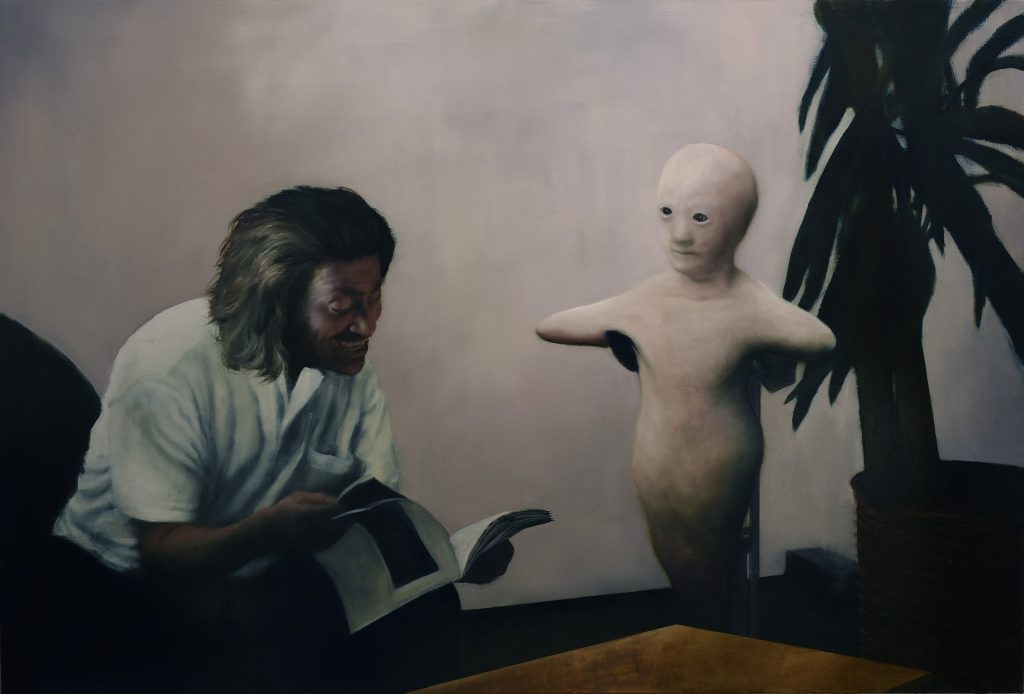 “We are fragile creatures constantly trying to interpret pieces of truth in the wilderness,” Theo shared. “A perceptive artist’s role is to recognize these little fragments of truth and depict them. The artist should capture that dream moment that most people suspect exists, but only s/he can immortalize and portray. This is a crucial mission for the painter today; trying to detect the sublime and spiritual in everyday gestures and circumstances, probing the dark side of the moon, and showing it to humanity in the form of a picture, a painting.”

He studied for his MFA at The Ruskin School of Art, University of Oxford, where he achieved a Distinction under the tutelage of Dr. John Cussans and “leading light of the contemporary art world,” Lynette Yiadom-Boakye.

ARTIQ is a market leading art consultancy based in London, UK. The Graduate Art Prize is awarded annually to selected art students who are invited to display their nominated work in a group exhibition and exclusive private viewing event, where the winners are announced. The event was attended by over 200 attendees, including corporate collectors, art patrons, journalists and buyers.

The prize includes a contract with ARTIQ, a £2000 cash prize from long-time sponsor and supporter, Herbert Smith Freehills, who also hosted the awards ceremony and a £500 art voucher from the sponsor Atlantis Art Supplies.

Learn more about the Doctor of Design in Cultural Preservation Program.