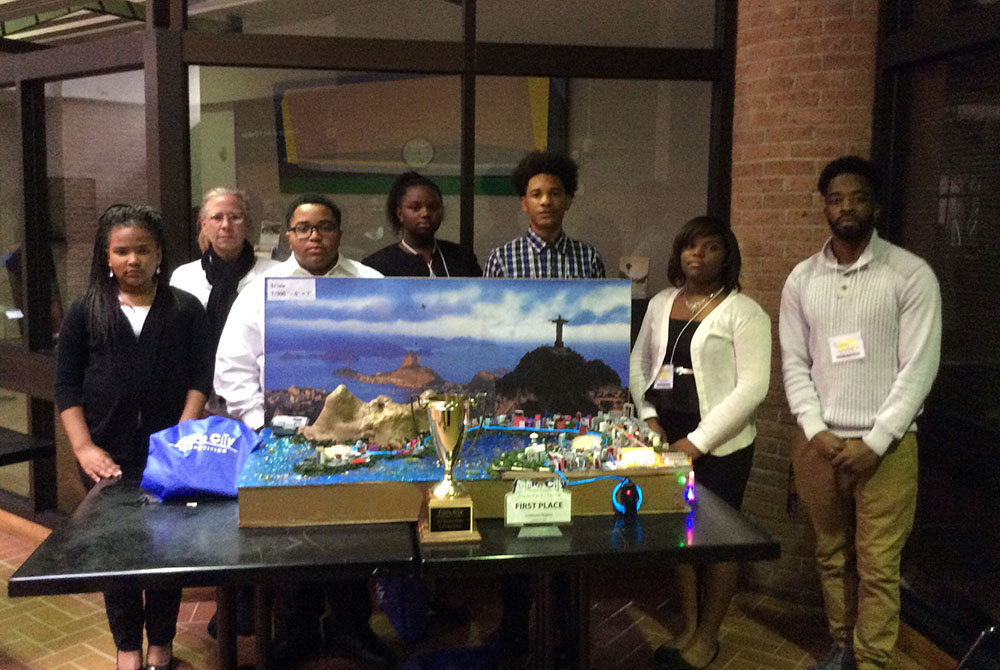 Future City is a project-based learning program where students in 6th, 7th, and 8th grades imagine, research, design, and build cities of the future. The competition requires teams to deliver a five-part project that includes a project plan; a SimCity design of a virtual city; a 1,500-word essay describing the unique attributes of their chosen city; a scale model of a section of the city; and a seven-minute presentation on the city’s features and solutions to its challenges.

Thomas, president of the LSU chapter of the National Organization of Minority Student Architects, or NOMAS, was in the perfect position to serve as a Future City mentor—community service and mentoring youth are key aspects and goals of the organization. He also recently traveled to Singapore to present one of the LSU School of Architecture’s entries in the 2016 Designing Resilience in Asia international competition. His team received honorable for their proposal to improve the resiliency of a section of the Polo River, located on the outskirts of Manila in the Philippines. Thomas suggested the Scotlandville Middle School team focus on a coastal city with similar sustainability challenges. The team of five students selected Rio de Janeiro, Brazil, as their future city. Their project addressed coastal sustainability issues such as water pollution and subsidence.

“At first, they didn’t understand the connection of architecture and coastal issues,” said Thomas, “but they caught on quickly. They’re like sponges—I could tell them anything and they’d soak it up.”

With a budget of only $100, their options for modeling materials were limited. Thomas suggested they paint and re-use leftover Legos from their robotics class to build their model.

“Once the students realized they could use the modified Legos for their model, everyone lit up,” recalled Thomas. “Our team went completely outside the box, which helped us stand out in the competition.” 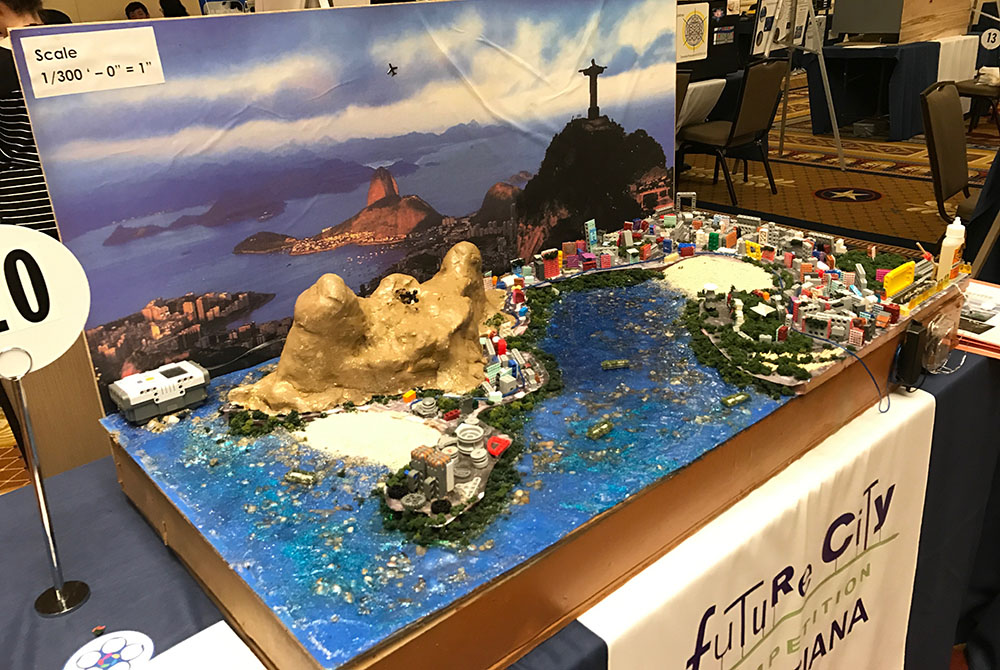 Scotlandville Middle School was the only Louisiana team to choose such a large city, and their model reflected the complications of their choice. Most models were built at the 1:64 scale; Scotlandville Middle’s model was designed at the 1:300 scale, depicting all of Rio’s unique features—ocean, city, and mountains.

Louisiana teams presented their work to a panel of jurors at the LSU College of Art & Design on January 18. Professor Max Conrad of the LSU Robert Reich School of Landscape Architecture served as one of the jurors along with other designers and engineers. Scotlandville Middle placed first in the competition—quite a feat as many of the teams, which included private and charter schools, had larger budgets and fancier resources. Future City provided the winning team with round-trip transportation and accommodation for three student presenters, their educator, and their mentor to present their project at the national level in Washington, D.C.

Thomas said he thoroughly enjoyed working with the students and is even considering teaching now as his career. “The sky is the limit for these students. It’s so rewarding watching them learn and grow. I want to remain a part of that.”