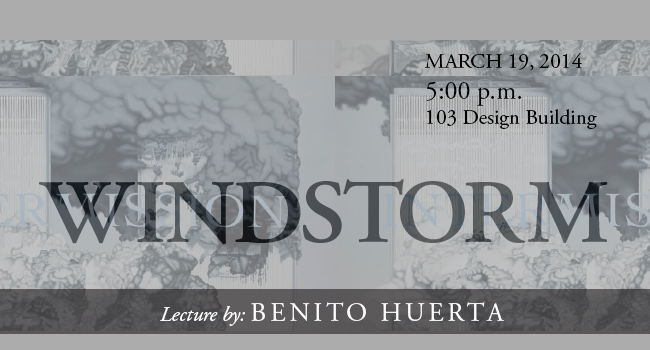 Artist, Professor, and Gallery Director Benito Huerta will lecture at the LSU College of Art + Design on Wednesday, March 19, 2014, at 5 p.m., room 103 Design Building. This Alfred C. Glassell Jr. Endowed Lecture is hosted by the LSU School of Art. 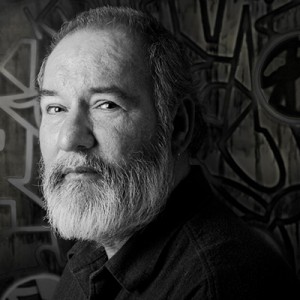 Huerta has a BFA from the University of Houston and an MA from New Mexico State University. He is a studio artist who works in watercolor, painting, printmaking, drawings, and mixed media. Huerta also works in the public art arena, and his work is featured in more than 45 public collections. His completed public art projects include SnakePath (Mexican Milk Snake) at the Mexican American Cultural Center in Austin, Texas; Wings, at the Dallas/Fort Worth airport; Axis, at the Henry Gonzalez Convention Center in San Antonio; and two medical center light rail stations for the Houston Metro in collaboration with PDG Architects. His work was the focus of a 20-year survey exhibition, Intermission, at the National Museum of Mexican Art in Chicago in 2011, and most recently, Huerta’s work was featured in a solo exhibition at William Campbell Contemporary Art in Fort Worth in September 2013.

Huerta is also a professor at the University of Texas at Arlington, where he has been director and curator of The Gallery at UTA since 1997. As a curator he has organized traveling surveys/retrospectives of Luis Jiménez, Mel Chin, and Celia Alvarez Muñoz. He is instrumental in organizing exhibitions for The Gallery and coordinating the Bachelor of Fine Art and Master of Fine Art thesis exhibitions.

Huerta was the co-founder, executive director, and emeritus board director of Art Lies, one of Texas’s most respected visual art magazines. Art Lies started as a bimonthly journal covering the Houston arts scene and expanded its mission to include state, regional, and national coverage. It was distributed via bookstores, museum shops, and galleries across the country for 17 years.

In line with the LSU School of Art’s Malleable Language season, Huerta’s lecture, “Windstorm,” will illustrate the use of language and text throughout his work from beginning to present. The lecture is free and open to the public.