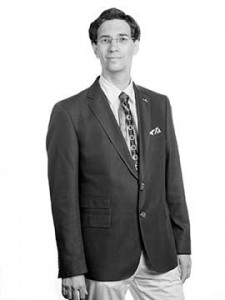 This summer, LSU Art History Professor Darius A. Spieth had the rare pleasure of signing, within a few days, two separate book contracts with renowned international academic presses. Brill, located in Leiden, The Netherlands, will publish his single-authored study, Revolutionary Paris and the Market for Netherlandish Art, while Oxford University Press in New York recruited Spieth as general editor for its Grove Guide to Art Markets and Collecting. Both books will appear in 2017 and will highlight distinct aspects of Spieth’s expertise as an internationally recognized authority for the study of art markets and their history. 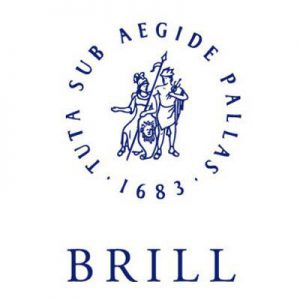 Revolutionary Paris and the Market for Netherlandish Art will be divided into five chapters analyzing developments affecting the taste, market, and circulation of Flemish and Dutch artworks of the “Golden Age” in Paris between roughly 1770 and 1830. These artworks were produced about a century and a half prior to the era of the French Revolution. The study is based largely on archival research and data gathered from extant French auction catalogues dating to the turn of the 19th century. The first chapter will retrace the rise and fall of the French infatuation with Netherlandish art from the age of Voltaire through the industrial age in France, thus taking a longer view of the phenomenon. Chapter two is based on a close analysis of the business papers and auction catalogues written by Jean-Baptiste Pierre Lebrun, the husband of the famous Mme 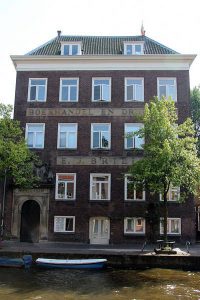 Vigée-Lebrun, painter to Queen Marie-Antoinette. Jean-Baptiste Pierre Lebrun was a leading tastemaker for northern art before, during, and after the Revolution. The vicissitudes of Lebrun’s career as an art dealer were also closely interwoven with the establishment of the Louvre as the first modern art museum. The French Revolution, thanks to the introduction of inflationary paper money, triggered a massive exodus of old master paintings from France to Great Britain. Chapter three will use the example of the dispersal, in London, of the Netherlandish works from the collection of the Duke of Orléans as a case study for this phenomenon. Another chapter is quantitatively driven and measures the price shock of the French Revolution on the Parisian art market, using a representative sample of some 50 Dutch and Flemish artists, whose price fluctuations are traced from the age of Louis XVI through that of the July Monarchy. Special attention is given to the issue of government confiscations of leading aristocratic collections during the heyday of the Revolution. The book will conclude with a look at how the Enlightenment shaped first the growing demand for Netherlandish art in France and how this taste then migrated from the aristocracy to the bourgeoisie. As the collector base widened with the economic, demographic, and urban expansion after the Revolution, so did the demand for imitations and forgeries of original 17th-century Dutch and Flemish works. In Spieth’s book, the rise and fall of this fashion is therefore retraced not only from a financial but also from a sociological perspective. Published in Brill’s Studies in the History of Collecting and Art Markets series, Spieth’s Revolutionary Paris and the Market for Netherlandish Art will be about 500 pages long and will contain about 170 illustrations, in addition to a small number of graphs and charts. 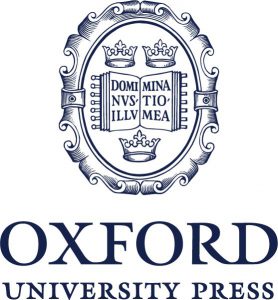 Since 2014, Spieth has been the subject editor for Art Markets, Law, and Economics of the Grove Dictionary of Art, published by Oxford University Press. The appointment came about after Spieth co-organized the “Art, Mind & Markets Conference” at the International Center for Finance at Yale University that same year. Over the last months, he was busy identifying hundreds of authors for Oxford University Press. He defined, commissioned, and edited numerous new entries and advised on the revision of an even larger pool of existing subject categories. So far, these entries have appeared as part of the Grove Online Dictionary of Art, a leading reference tool for art historical research worldwide. Spieth has now signed a contract with Oxford University Press for the print version dedicated to this subject, which is anticipated to appear under the title The Grove Guide to Art Markets and Collecting. As such, it will be part of the prestigious Grove series of dictionaries and guidebooks in the arts. The volume will bring together the expertise of hundreds of leading specialists and scholars in the field, scattered across the globe. In fact, it will be the very first dictionary dedicated to art market research, which is a growing field within the discipline of art history. The Grove Guide to Art Markets and Collecting will not only find its place as a standard reference in libraries, museums, and research institutions around the world, but it can also be used as a companion volume for the growing number of classes taught on the subject of the functioning and nature of art markets then and now.

Spieth’s collaborator, Alodie Larson, editor of the Grove Dictionary of Art / Oxford Art Online in New York, commented, “It has been a privilege to work with Professor Spieth to update and expand the coverage of art markets in the Grove Dictionary of Art. Under his guidance, important new scholarship on art markets, law, and collecting has reached specialists around the world through Oxford Art Online, and we look forward to publishing this material in a print volume in the near future.”