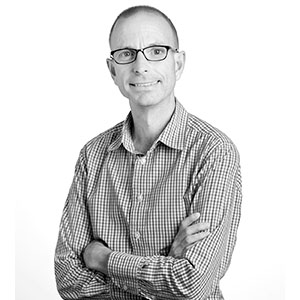 Richard B. Doubleday, associate professor of graphic design at LSU School of Art, holds a 2017–18 Fulbright Fellowship where he is a Senior Scholar at Tsinghua University in Beijing, China. During his first 3 month-long visit to China he conducted research on contemporary graphic design at Beijing’s prestigious Tsinghua University, the Academy of Arts & Design, and the China Central Academy of Fine Arts (CAFA).

“My first Fulbright segment was both extremely challenging given the political climate in Beijing, but also a very rewarding experience,” Doubleday said.

Doubleday’s research on Chinese graphic design has an emphasis on modern design that has flourished since the opening of the economy in 1979. His research interest lies in charting and exploring the dramatic change in graphic design that occurred when China adopted a free market economy.

His current research project, entitled ‘The Genesis of Modern and Contemporary Chinese Graphic Design’, traces the development of modern Chinese graphic design beginning in the Republic of China to The Cultural Revolution to reveal modern Chinese graphic design activities’ “profound effect on the developing contemporary visual language of design in China in an aesthetic, cultural, and design historical context.”

Despite encountering many challenges and obstacles in acquiring literature and material objects in China, he said he was able to assemble a decent amount of data and artwork from the end of the Qing dynasty and Republic of China up to the Chinese Communist Revolution and post-1979, for his research. Additionally, he was invited as an Honorary Adjunct Professor at the Gengdan Academy of Design, Beijing University of Technology, and CAFA.

Since September, Doubleday led two workshops at Tsinghua University and China Women’s University. With the support of the Institute of International Education (IIE), he gave several lectures at the Beijing Institute of Graphic Communication; Baidu.com (the Google equivalent in China) headquarters in Beijing; Beijing Union University College; Soochow University in Suzhou; Qiujia University; and Sichuan University in Chengdu, China.

While in China, Doubleday worked closely with Jian Zhao, PhD, Dean, Visual Communication Design Department, Academy of Arts & Design, Tsinghua University. Zhao authored the book The Beginning of Chinese Modern Book Design Paradigm (1862-1937), which charts the course of Chinese book design and its transformation from traditional to modern style, from the late Qing Dynasty to the early stage of the Republic of China. 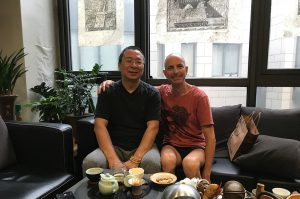 Upon his return to China in May 2018 to fulfill his Fulbright obligations, Doubleday will work as a graphic design practitioner at Beijing design studio Jiang Hua. He plans to give a lecture at the New York Institute of Technology Nanjing Campus in Nanjing, and, with the support of East Asia-Pacific Regional Travel Program of the American Indonesian Exchange Foundation (AMINEF), will be delivering lectures at RMIT University, Văn Lang University, and the University of Architecture, Ho Chi Minh City, Vietnam.

Doubleday was featured in the accolades section of LSU Research 2017-18.