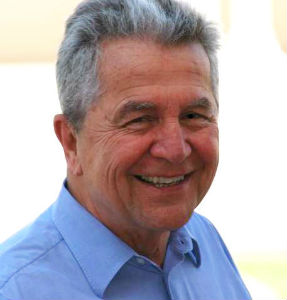 BATON ROUGE – Alkis P. Tsolakis, professor of architecture and acting director of the art department at Drury University in Springfield, Mo., has been selected to serve as the new dean of the LSU College of Art & Design, pending approval of the LSU Board of Supervisors.

“I am pleased to announce that Alkis Tsolakis has accepted our offer to become dean of the LSU College of Art & Design,” said LSU Executive Vice Chancellor & Provost John Maxwell Hamilton. “He brings with him strong professional and academic backgrounds both nationally and internationally in the architecture and art fields. He will be a great asset not only to the LSU College of Art & Design, but to the university as well.”

Tsolakis earned his Bachelor of Arts degree from the University of Pennsylvania in 1970 and his Master of Architecture degree from the University of Oregon in 1974. He is registered professionally as an architect with Greece’s Ministry of Public Works, and is also a member of the National Technical Chamber of Greece, the Association of Greek Architects and is an associate member of the American Institute of Architects.

Tsolakis has worked on the architecture faculty at Drury University since 1987, serving as an assistant and associate professor before becoming a full professor in 2001. He was previously a visiting assistant professor at the University of Oregon and was a co-director and instructor at Tulane University in New Orleans.

Highlights of Tsolakis’ professional architecture career include serving as an architectural consultant for companies such as Oke Thomas & Associates in Springfield, Mo.; Bass Pro Shops’ corporate headquarters in Springfield, Mo.; Atelier for Architecture and Design in Zurich, Switzerland, and E. I. Stambouloglou, Photogammetry and Surveying Engineering in Greece. He also served as project architect for the National University of Athens in Greece and remains an architect-partner with Athens-based firm P.A. Tsolakis-A.I. Zannos and Associates. In addition to his work in architecture, Tsolakis has also practiced sculpture for nearly 40 years.

Tsolakis was recommended for the position by a search committee composed of LSU faculty and staff, headed by LSU School of the Coast and Environment Dean Christopher D’Elia.

“The search committee was fortunate to have had a particularly strong pool of individuals to consider for this position, and I have never served with a more conscientious, hard-working team,” D’Elia said. “Alkis Tsolakis impressed us as a creative individual who has impressive administrative credentials and will be a good fit with LSU and our community. He is highly regarded in his academic specialties and brings to LSU a wealth of experience in international education. He will be a wonderful colleague.”

Tsolakis is scheduled to officially assume the deanship of the college in January 2013 pending board approval, Hamilton said, but will visit the campus before then to transition into the position. Current interim dean Ken Carpenter will remain in the position through December.

“We are grateful that Ken Carpenter has agreed to remain as interim dean through December,” Hamilton said. “He has done an excellent job in leading the college during this critical period of transition, and the university greatly appreciates the hard work he has put in to keep one of LSU’s senior colleges moving in the right direction.

“Many thanks to Dean D’Elia and members of the search committee as well, who worked very hard to bring a highly qualified group of candidates to campus for interviews,” Hamilton said. “Their engagement in the process and thoughtful consideration of the needs of the college resulted in the success of the search.”