A student team led by A. Hays Town Professor Ursula Emery McClure placed second in the 2014 Peterson Prize student competition for their HABS documentation of Fort Pike. The project was undertaken in spring 2014 by students in the LSU School of Architecture recording historic structures course (ARCH 4155). 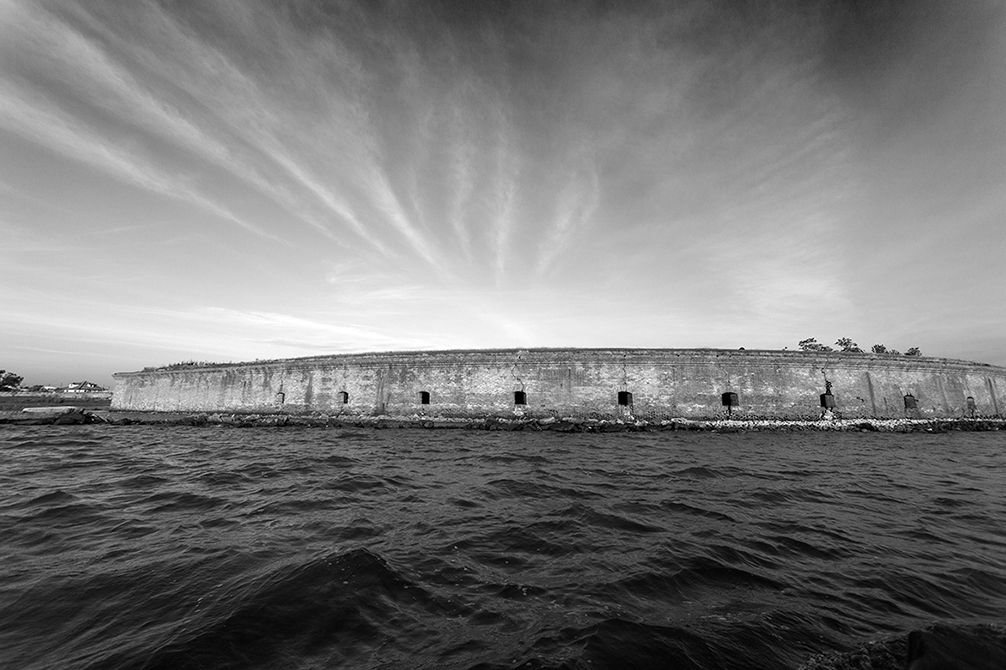 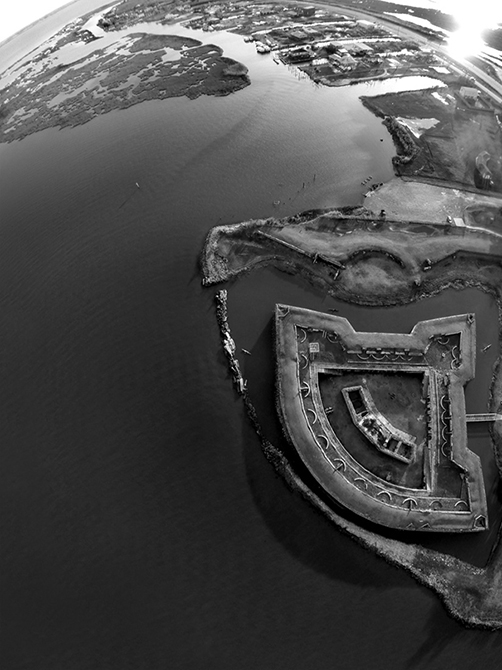 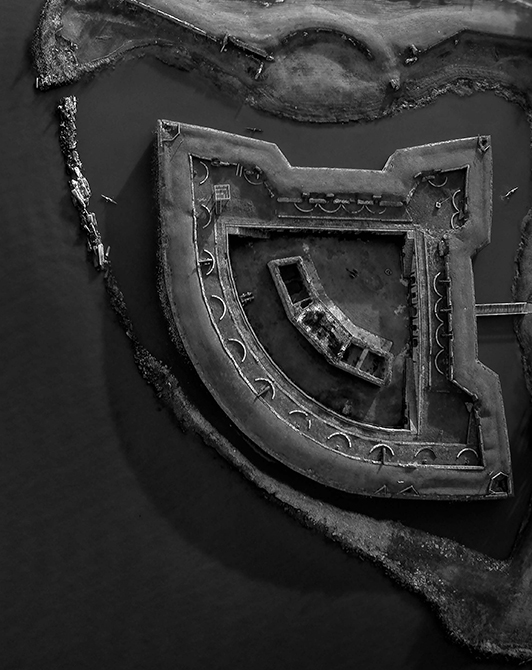 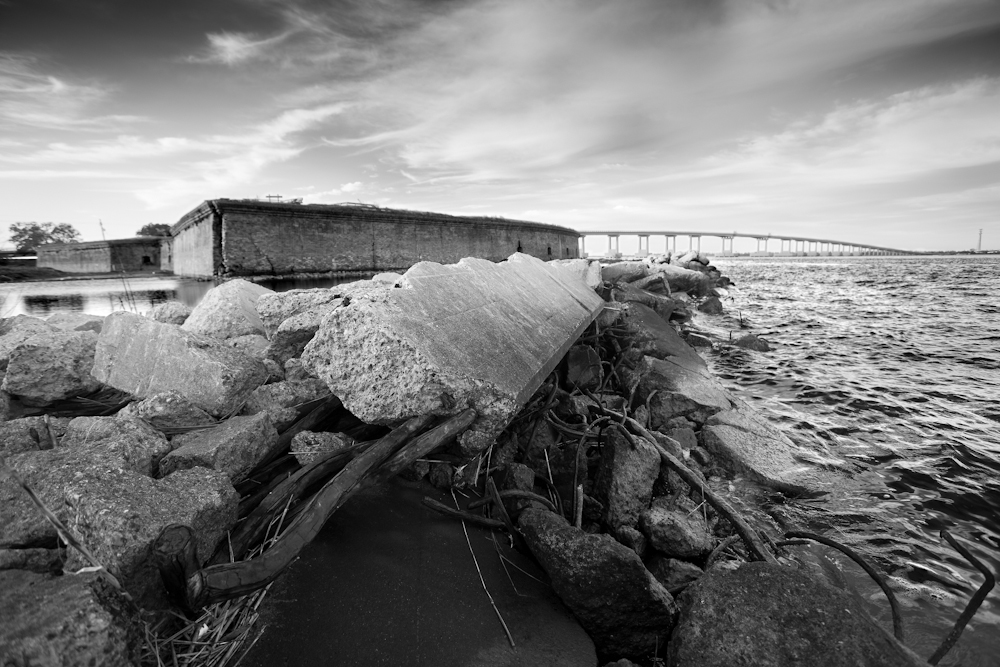 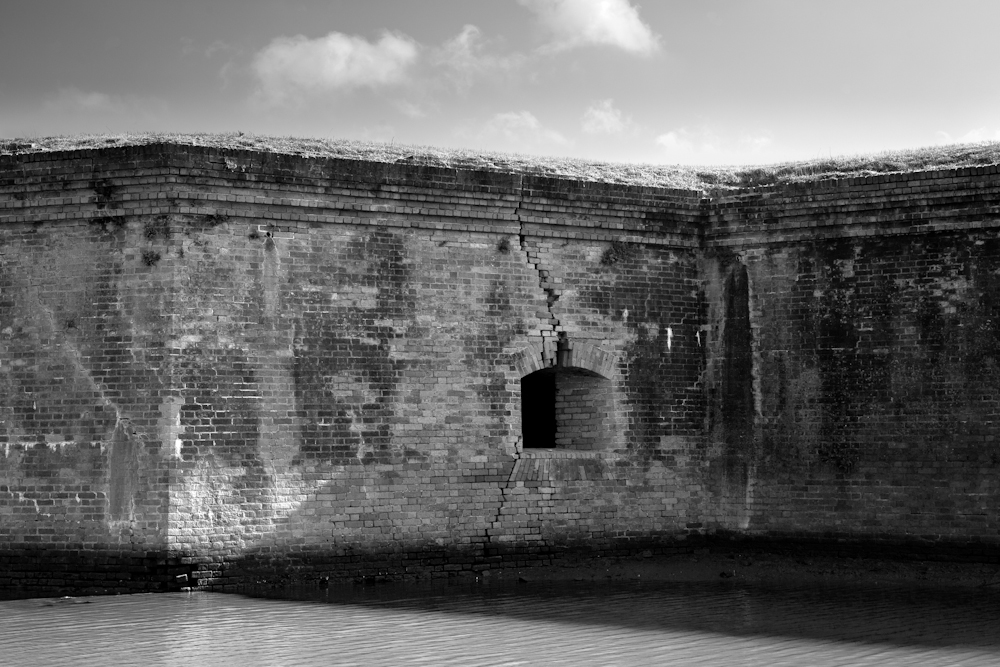 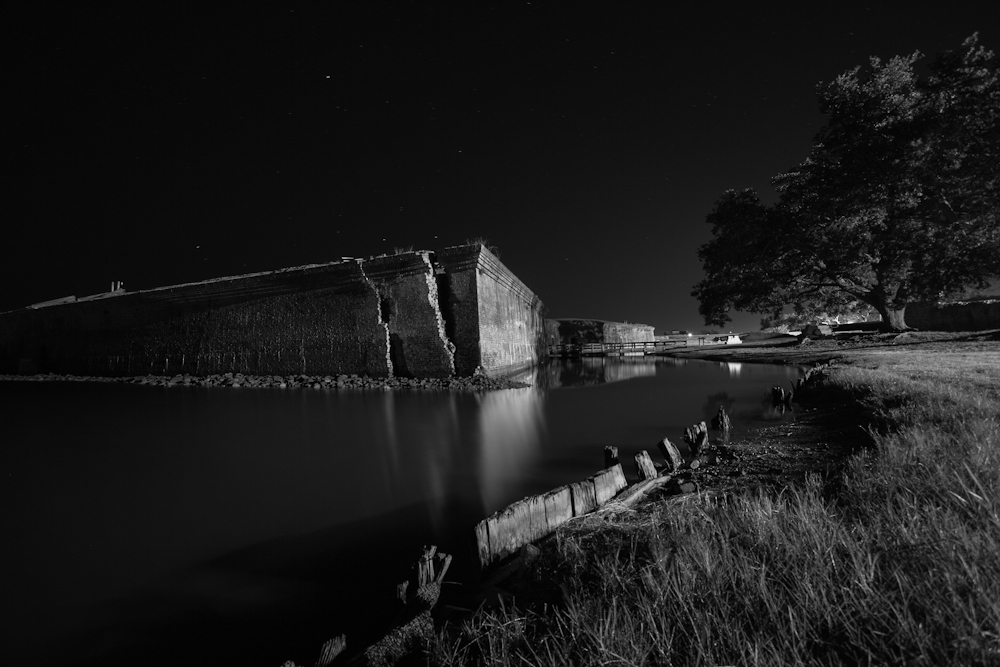 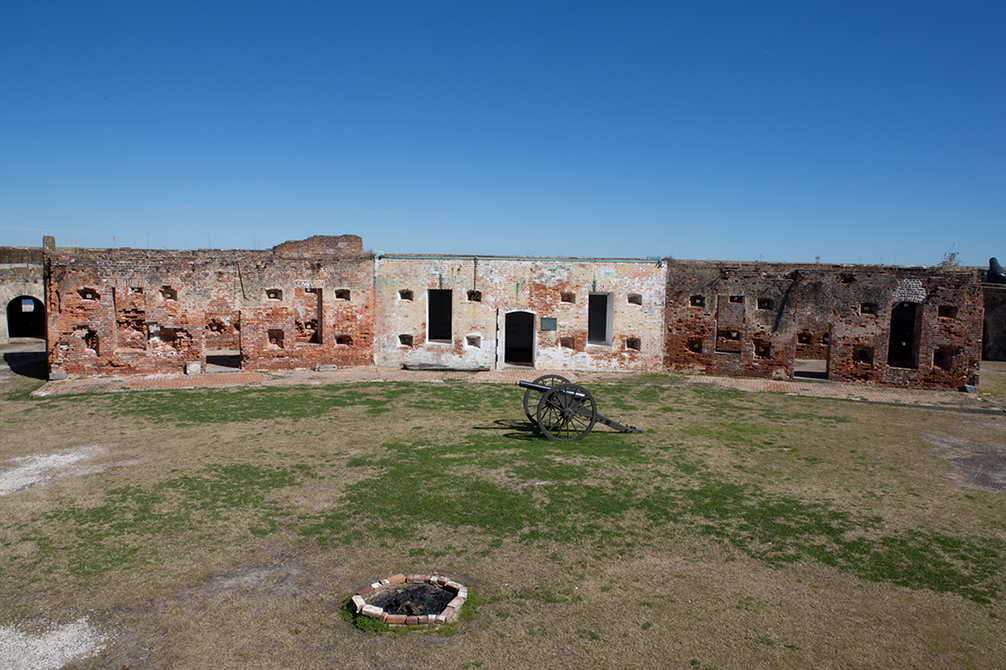 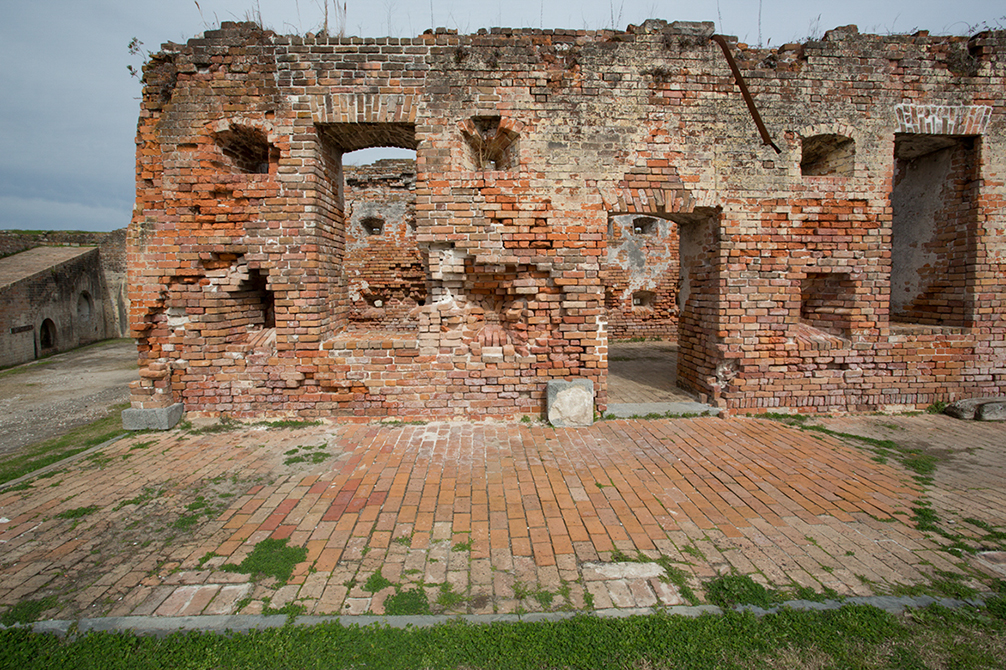 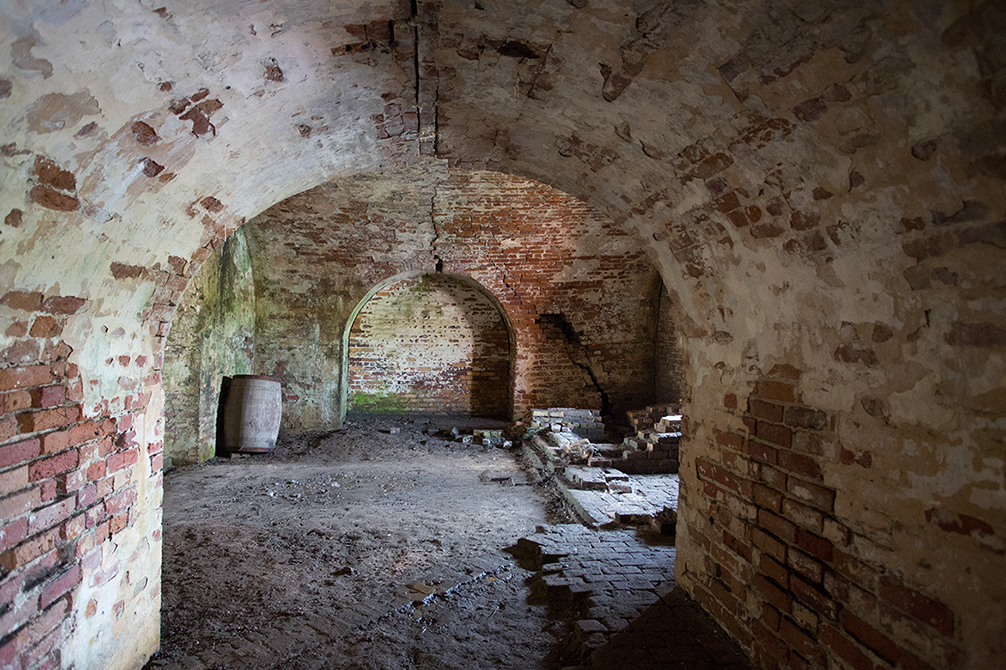 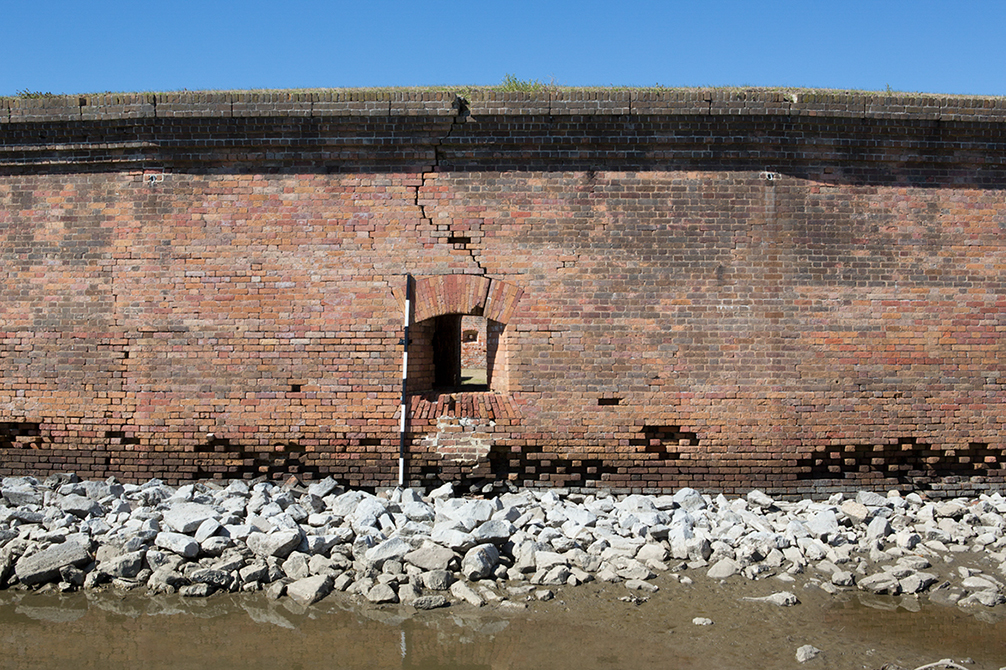 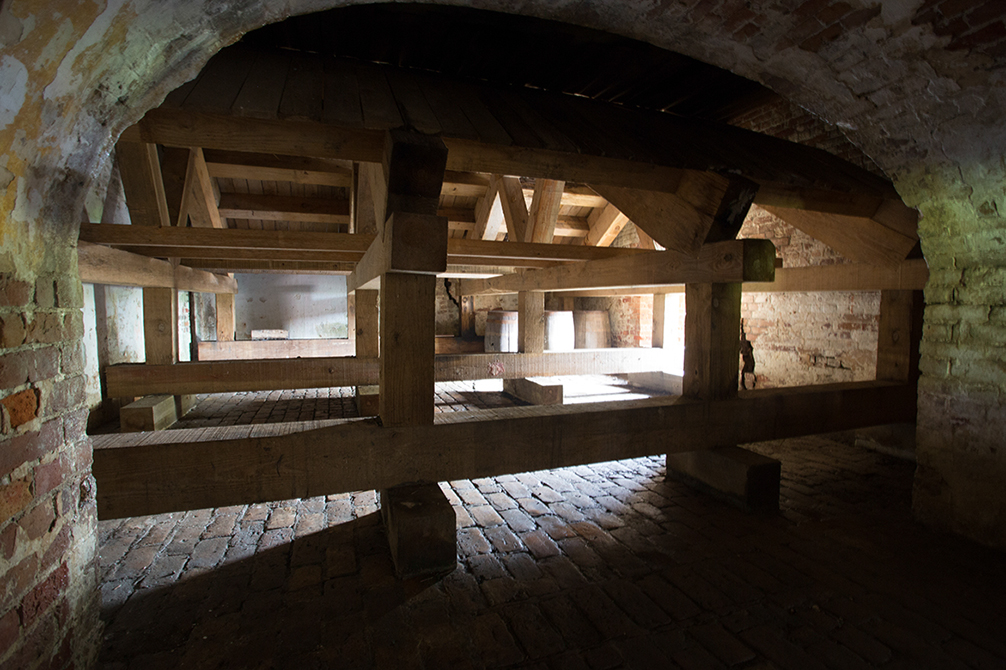 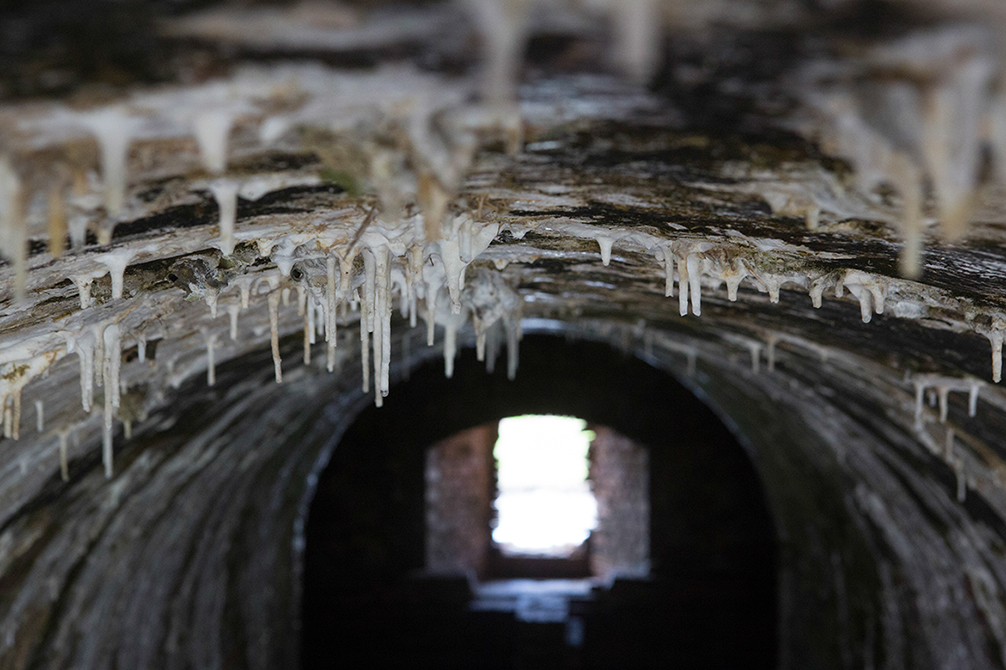 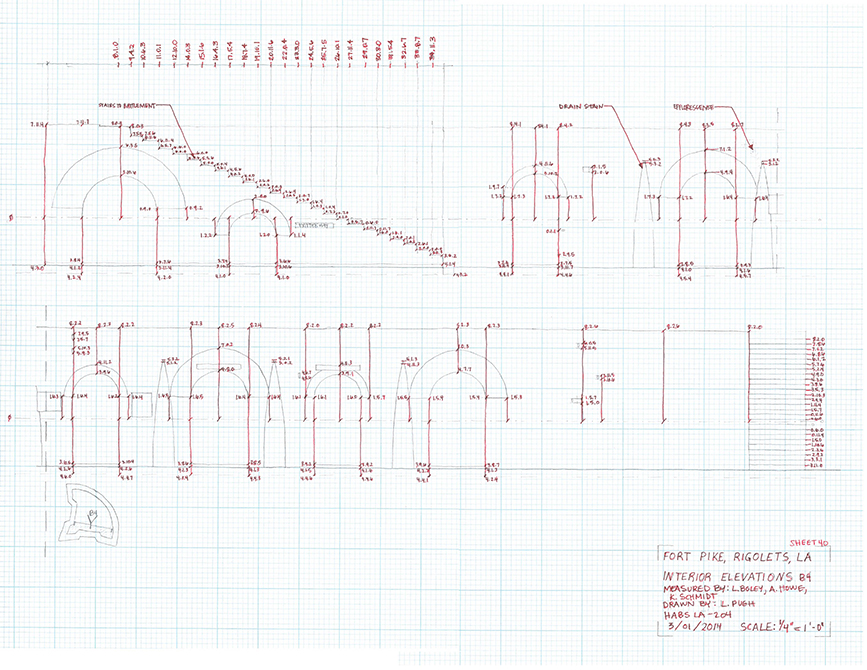 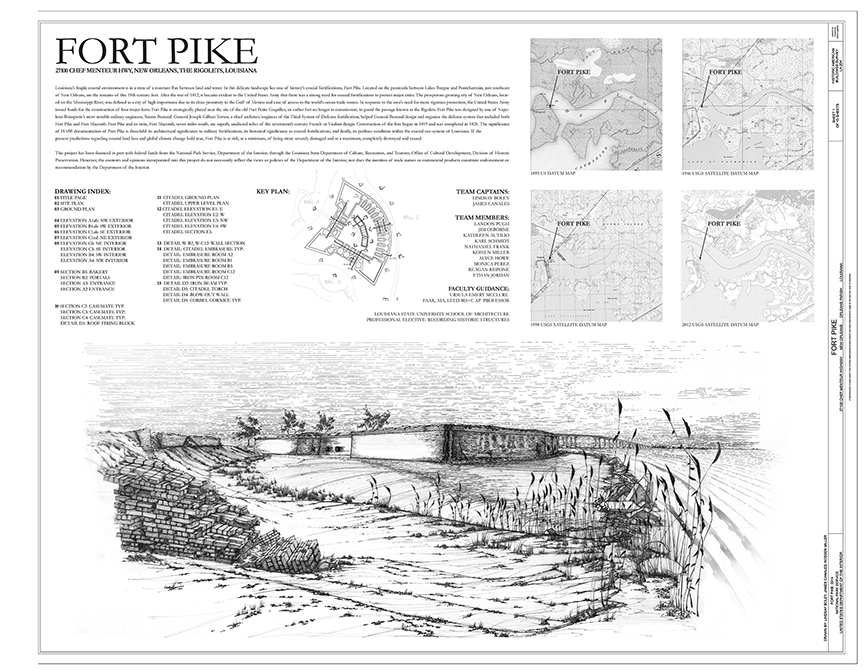 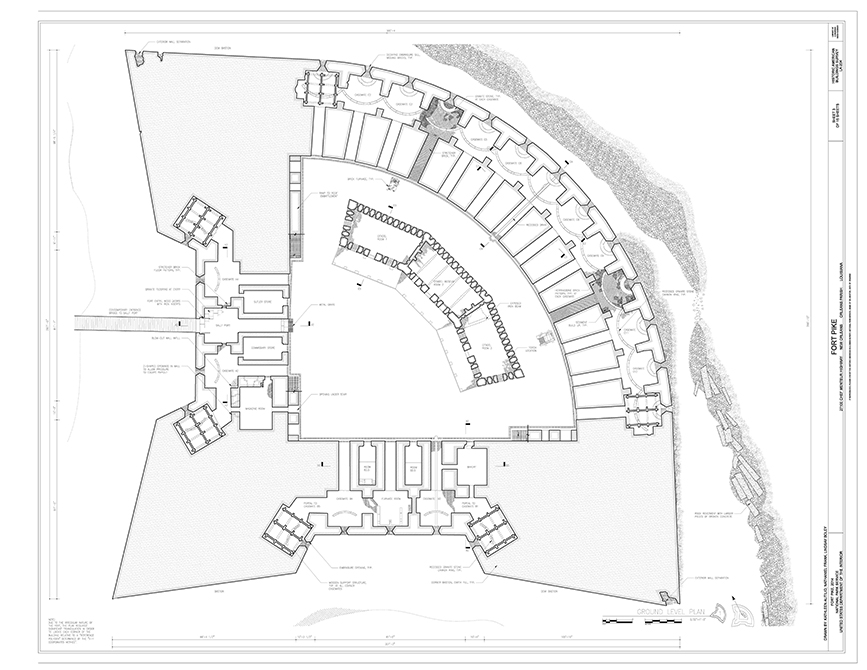 Currently existing in a state of ruin, Fort Pike is located in brackish water marsh along the south side of the Rigolets in Orleans Parish, Louisiana, between Lake Pontchartrain and Lake Borgne. HABS documentation of Fort Pike is important because of its architectural and historical significance to coastal military fortifications and its perilous condition within the coastal ecosystem of Louisiana.

Each year numerous hurricanes batter the fort. The shoreline along the Rigolets has receded as much as 500 feet in some locations and as much as 200 feet in the vicinity of Fort Pike. During high tide the lower level of Fort Pike floods, leaving mud and wildlife throughout the interior. The exterior walls are severely damaged, and the main part of the fort is exposed to wave action from the Rigolets, accelerating deterioration. If present predictions regarding coastal land loss and global climate change hold true, Fort Pike is at risk of being more severely damaged or even completely destroyed and erased. HABS documentation creates a permanent archive of the structure, contributing to the legacy and record of Louisiana’s coastal built environment and US coastal defense fortifications.

An Abbreviated History of Fort Pike

Fort Pike was responsible for the protection of the major port city of New Orleans and our nation’s interior. Designed by one of Napoleon Bonaparte’s most notable military engineers, Simon Bernard, construction of the fort began in 1819 and was completed in 1826. Along with its twin, Fort Macomb, located seven miles south (the fort featured in the first season of the HBO series True Detective), Fort Pike was considered perfect in form and function, and most of the major nations of the world copied the style for more than 200 years.

Prior to the Civil War, the fort’s role in military affairs varied considerably. During the Seminole Wars in the 1830s, the fort served as a staging area for troops in route to Florida and also as a collection point for hundreds of Seminole prisoners and their slaves, who were being transported to Oklahoma. Soldiers bound for Texas and Mexico used Fort Pike as a resting place during the Mexican War in the 1840s, after which the fort was largely abandoned until captured by the Louisiana militia in 1861. Confederate soldiers held the fort until their evacuation after Union forces took New Orleans in 1862. Union forces reoccupied the fort, using it as a base for raids along the Gulf Coast and as a protective outpost for New Orleans. They also used the fort as a training center, where former slaves were taught to use heavy artillery—these troops later became part of the US Colored Troops. Despite all of this activity, not a single cannonball was ever fired in battle from Fort Pike.

After the Civil War, the fort was mostly controlled by the US Army Corp of Engineers until it was accepted as a state park in 1934. Since then, it has been a featured setting for several movies, including GI Joe: Retaliation and Jonah Hex, and today, visitors are allowed into the garrison and casemates. A small museum exhibits historical documents and uniforms.

After studying and reading various portions from HABS Guidelines and Standards and studying previous Peterson Prize winners, the student team made several site visits to Fort Pike, where they learned to take accurate field measurements and record the information according to HABS standards. After documenting the entire building, students were responsible for graphically representing Fort Pike through a set of field recordings, CAD drawings, and large-format photography based on HABS standards and guidelines, and selected works were submitted to the Peterson Prize competition. The final survey contained photographs, written historical and descriptive data, copies of measured and interpretive drawings, and field records.

All large-format photography was produced by Jim Osborne IV and processed in the LSU School of Art photography studios. Osborne’s thesis, “Danger Shelter Opportunity,” explored Louisiana’s system of 19th-century coastal fortifications and served as a source of information for the HABS documentation project. Osborne’s project is ongoing, and he is cooperating with the Louisiana Office of State Parks on his body of work. Visit jimosborne.net for more information.

The field notes, drawings, and historical report were produced by the class. View more student work from this course.

The Charles E. Peterson Prize is a national student competition presented by the Historic American Buildings Survey (HABS) of the National Park Service, the Athenaeum of Philadelphia, and the American Institute of Architects. The annual competition, currently in its 32nd year, honors Charles E. Peterson, FAIA (1906–2004), founder of the HABS program, and is intended to heighten awareness about historic buildings in the United States and to augment the HABS collection of measured drawings at the Library of Congress. Each year, the competition presents awards totaling $7,500 to three winning teams. To date, more than 2,000 students from 68 colleges and universities have participated by completing more than 500 entries and almost 5,000 sheets of measured drawings. The LSU team received $2,500 for placing second in the 2014 Peterson Prize student competition. Visit nps.gov for more information.

Some professionals have already begun taking action to preserve Fort Pike. John Milner Associates, a team of architects and archaeologists based in Alexandria, Virginia, provided designs for the fort and its site. Most significantly, the team designed wooden structures that sit in the corner casemates of the fort and work to stabilize the structure in the event of further structural deterioration.

The team and involved state agencies hope that recognition of the fort’s relevance in US military history along with the awarding of a Peterson Prize will bring more attention to the fragile condition of the fort.