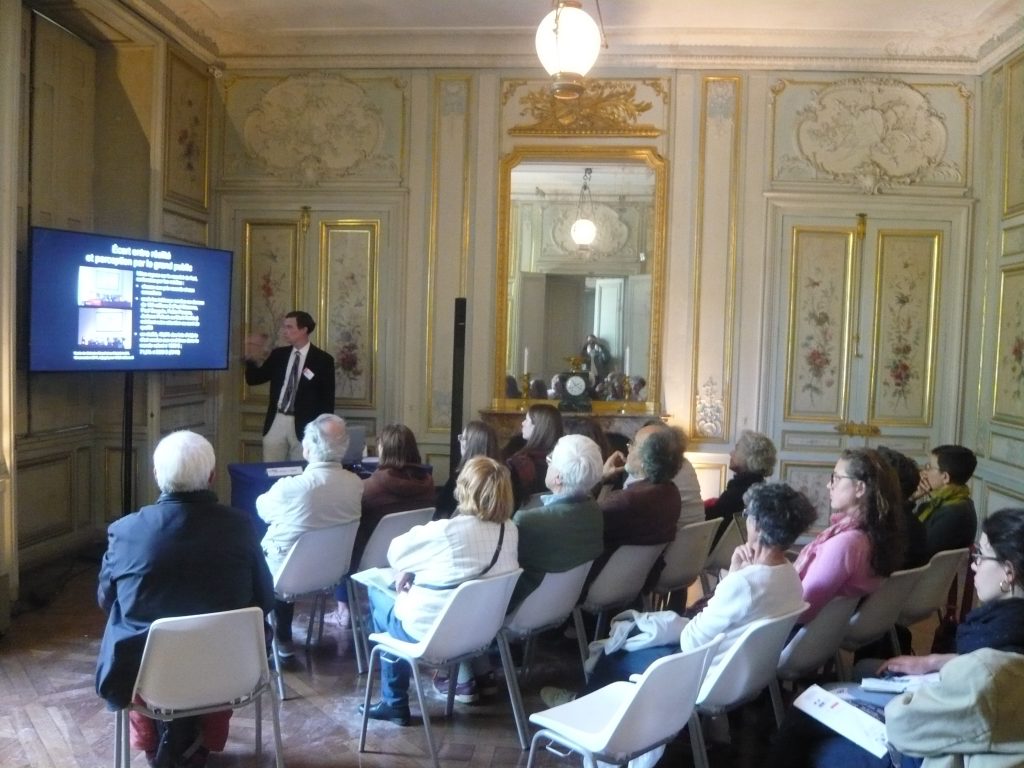 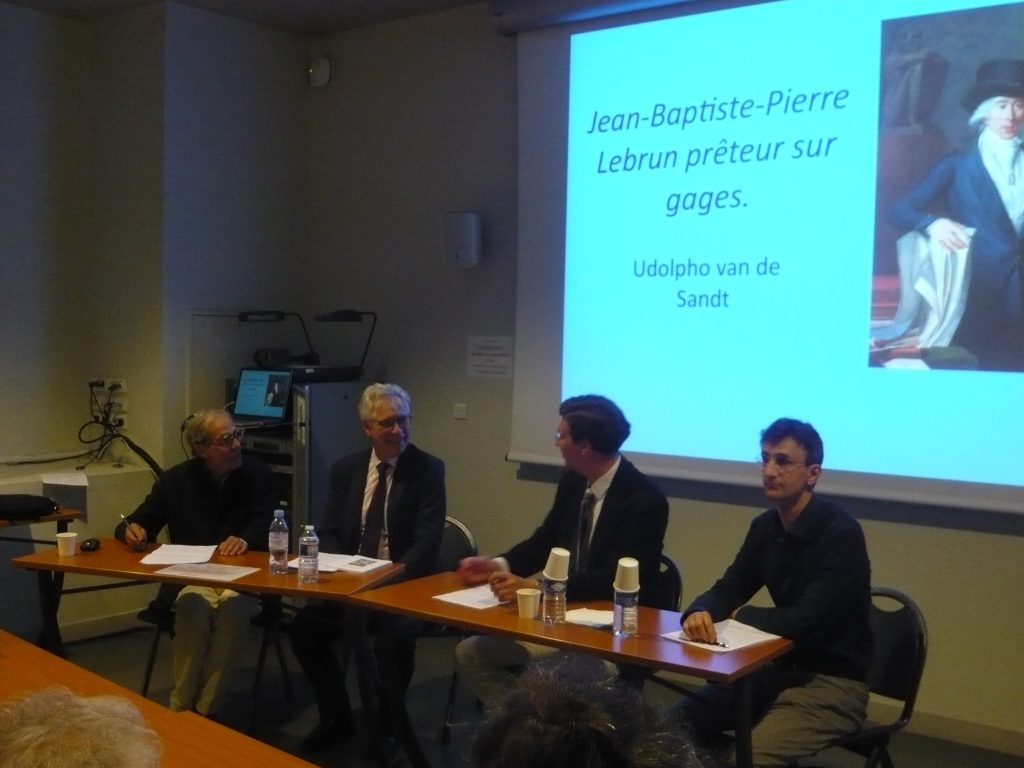 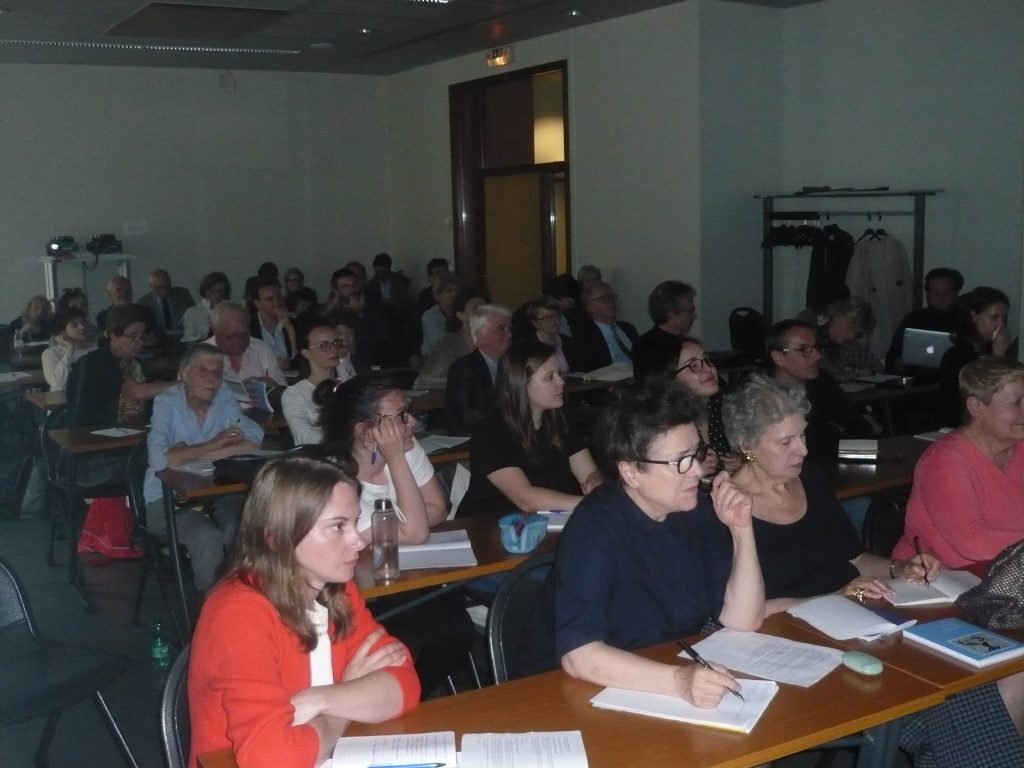 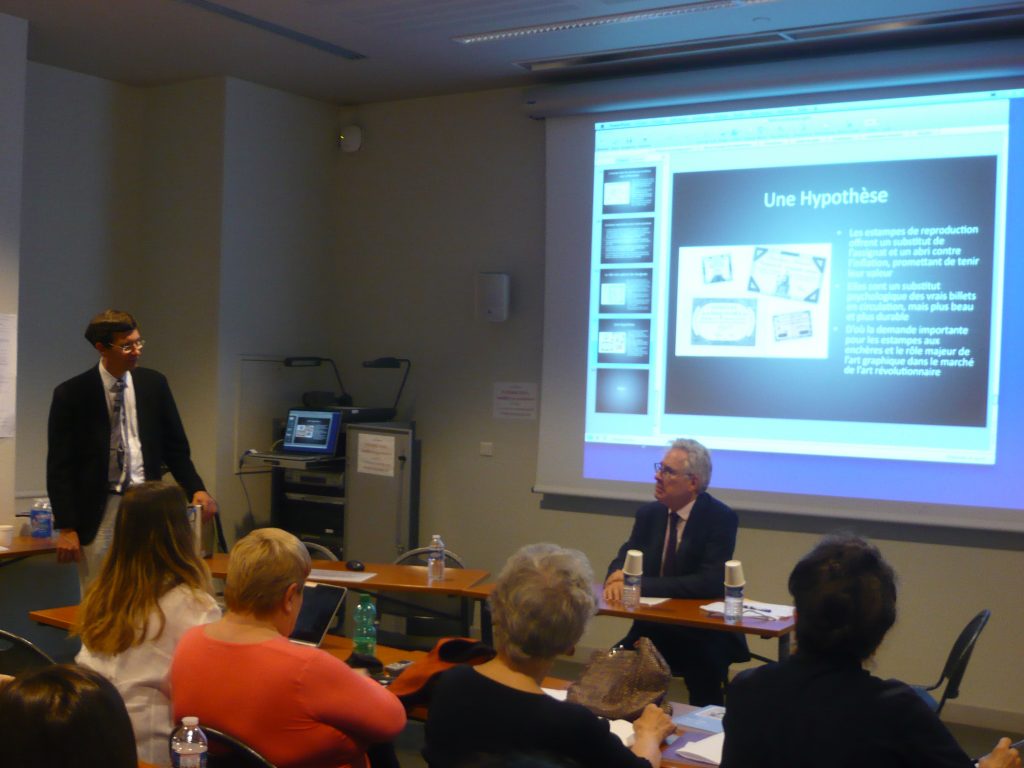 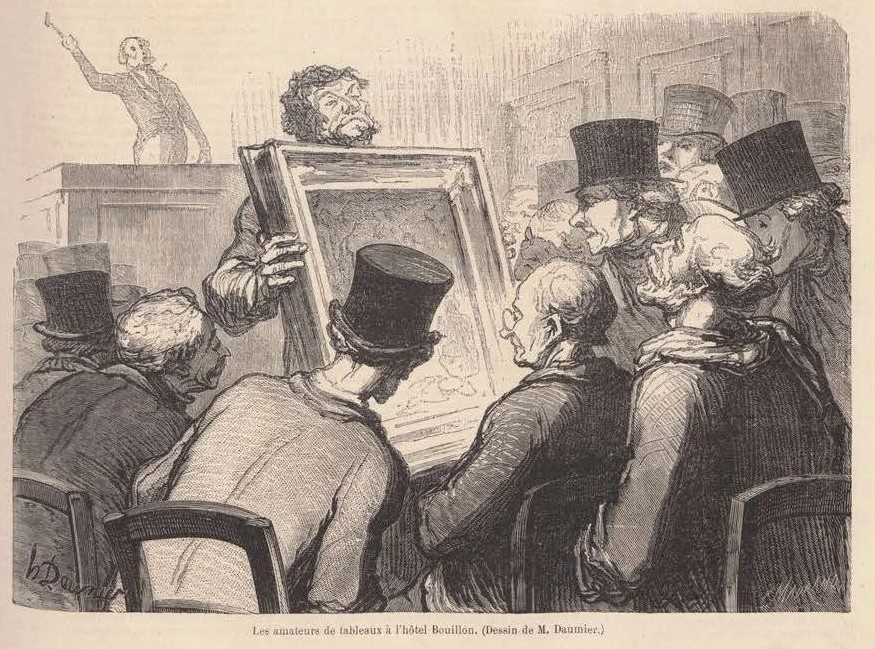 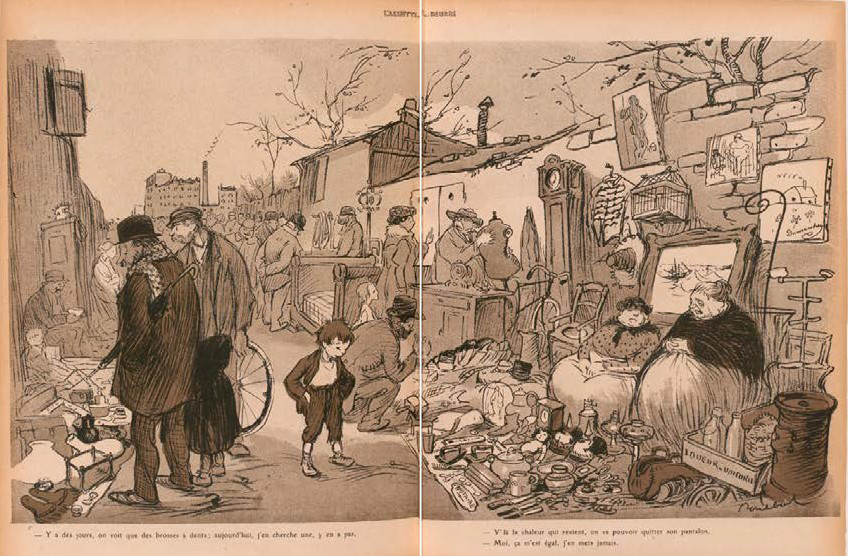 Art history professor Darius Spieth presented his latest research at two separate events in France this June. At the Festival of Art History at Fontainebleau Castle, near Paris, June 7-9, 2019, Spieth discussed low-end art markets, as portrayed in caricature between 1850 and 1950.

“I showed how, since the middle of the nineteenth century, the epicenter of low-end art markets shifted from auctions to flea markets, as can be seen in the works by popular printmakers, such as Honoré Daumier, Gavarni and Bertall, and twentieth-century graphic artists, such as Francisque Poulbot and André Deslignères,” Spieth said. “My presentation stressed the enduring importance of low-end art markets to the present day, an age when media reports seem to be concerned almost exclusively with record prices.”

The Festival of Art History was conceived by former Louvre Director, Pierre Rosenberg, and is held annually under the auspices of the French Minister of Culture. The theme of this year’s edition of the Festival was “Le Peuple.”

On June 5, Spieth moderated a session and delivered a talk on the paradox of the market for prints during the decade of the French Revolution at the Study Day (Journée d’étude) organized by GRHAM (Groupe de Recherche en Histoire de l’Art Moderne). The event was hosted by the National Institute of Art History (INHA) and the University of Paris I – Panthéon-Sorbonne.

“Demand for and supply of prints behaved anti-cyclical with respect to the markets for paintings and sculpture, which were depressed during the 1790s due the political upheavals and the ravages of hyperinflation following the introduction of paper money (assignats),” he said.

Spieth presented data showing that prints were offered and sold at Parisian auctions at unprecedented numbers by the end of the eighteenth century, although at much reduced prices compared to the Old Regime.

“Suffering from a diminishing client base and sometimes from political persecution, many established Parisian print editors and dealers were forces into bankruptcy and their stock was liquidated at auction,” he explained. “Most graphic art in circulation at this point was reproductive prints, depicting the compositions of popular paintings from the Dutch Golden Age, eighteenth-century French artists, or artworks shown in the biannual Parisian Salon. Buyers acquired these prints as a safeguard against the ever-diminishing value of paper money in an inflationary age.”