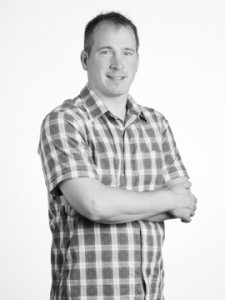 In addition to being selected as a 2015 McKnight Resident by the Northern Clay Center earlier this year, Andy Shaw and his work are featured in two recent publications: Glaze, a book by Brian Taylor and Kate Doody, and the December issue of Ceramics Monthly magazine. Shaw’s work will also be featured in New Ceramic Surface Design by Molly Hatch to be published in 2015 by Quarry Books. “It has been a good year!” exclaimed Shaw, associate professor of ceramics at the LSU School of Art. 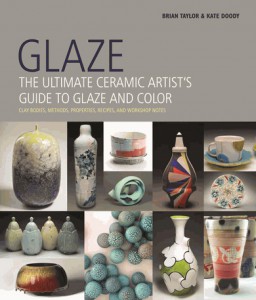 Glaze and Color (Barron’s, August 2014) is an instructional and inspirational book with a wealth of guidance on the glazing process in which several of today’s leading ceramicists share the recipes and techniques behind their most stunning works of art—each selected specifically for its unique glaze. Each entry in Glaze includes an overview of the artist’s work; a technical description of the featured piece; the artist’s creative intention behind the glazes used; and glaze recipes. The book features more than 450 color illustrations and is described by the publisher as “an absolute must-have for potters of all levels.” Glaze is available wherever books are sold, including barronseduc.stores.yahoo.net/0764166425.html and Amazon.com. 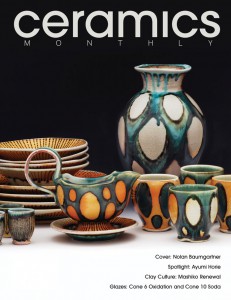 In the December issue of Ceramics Monthly magazine, the editorial staff asked five artists a series of questions about the ideas that inspire their work and the practicalities of designing and making sets meant for use. The artists also share details about their studio processes along with slip and glaze recipes. Shaw’s Tableware series was featured in a four-page article titled, “Andy Shaw: Designing for Durability and Use.” (Read the article here.) Shaw and his work were highlighted again in the letter from Editor Jessica Knapp. “Seeing Shaw’s vase and cups in an exhibition at the same time that we were putting the finishing touches on this issue added to the experience,” states Knapp. “Looking at the actual work felt very special.” (Read the entire letter from the editor here.) 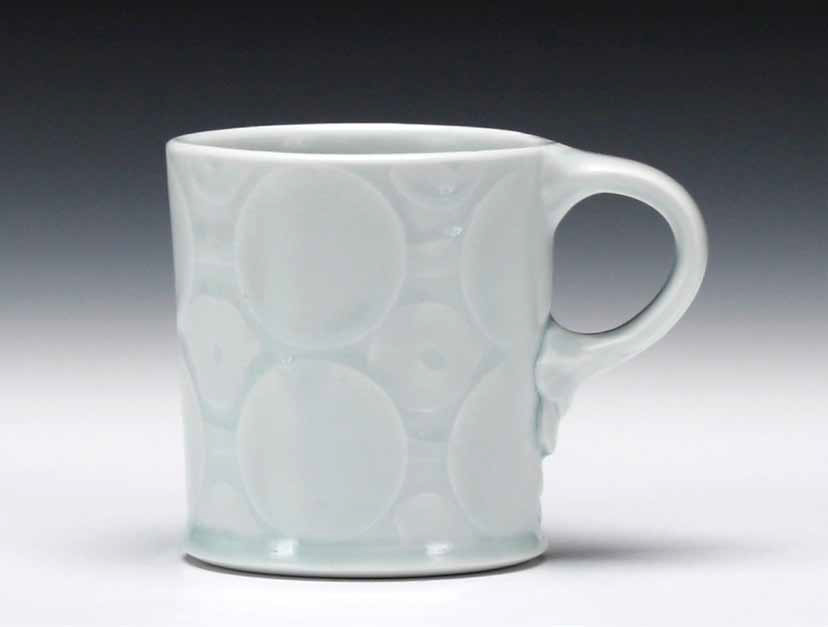 “The Tableware series addresses utility within the parameters of functional dishes, components of which include the round and multiples,” Shaw says in the article. “As an artist, I want to make work that satisfies my creative interests, but I like to remember that with functional objects, the client will take the pots home and incorporate them into their lives in ways I won’t ever know. I think of the neutral glaze as providing a place of vacancy, an intentionally designed withholding that promotes the cook to bring completion to the work.”

A video of Shaw discussing the ideas central to his Tableware series is available for subscribers at ceramicsmonthly.org. 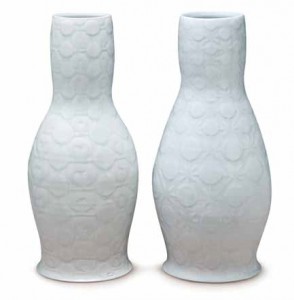 Shaw’s tableware has received multiple awards; is shown widely across the U.S.; was recently featured in exhibitions in Australia and Korea; and, in addition to Ceramics Monthly and Glaze,has been published in Studio Potter, Ceramics: Art and Perception, Garth Clark’s Shards, and in Elevations, the magazine for Club Members of the Ritz Carlton. Several museums hold his work within their collections: the Garth Clark and Mark Del Vecchio Collection at the Museum of Fine Arts Houston, the Swidler Collection at the Crocker Art Museum, AMOCA (American Museum of Ceramic Art), the Schein-Joseph Museum, and the Sanbao Institute of Ceramic Art in Jingdezhen, China.

Read more about Shaw at design.lsu.edu/faculty/shaw-andy. For information about the ceramics program at LSU, one of the top 10 MFA ceramics programs in the country according to US News & World Report, visit art.lsu.edu.