Darius A. Spieth, professor of art history at the LSU School of Art, recently delivered a talk at Bard College on Napoleon’s interior architect Charles Percier and published a book chapter on French sociologist Paul Vieille. 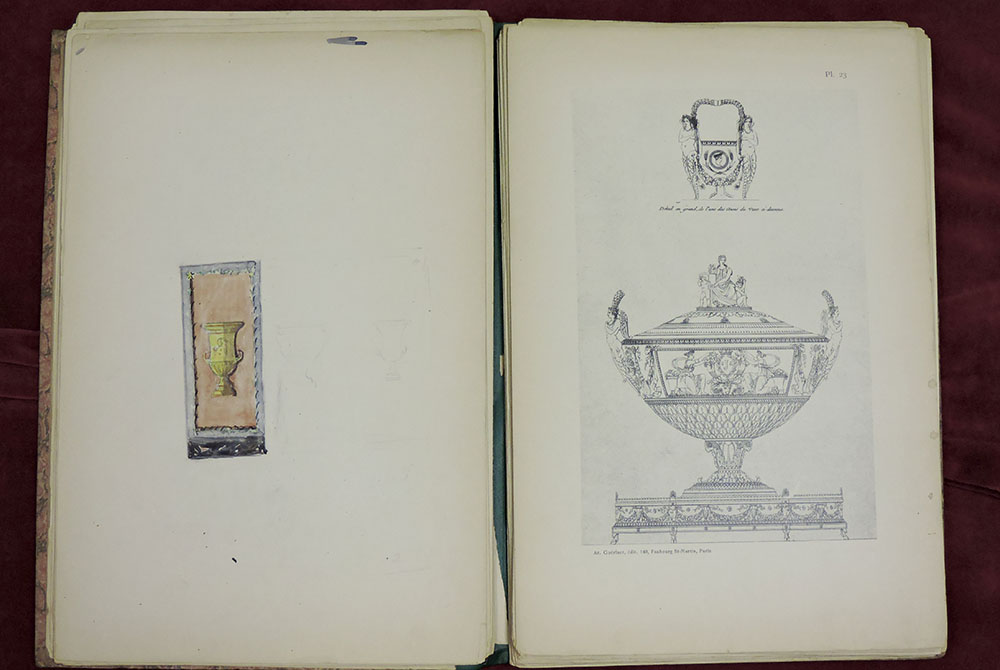 A spread from Charles Percier’s and Pierre Fontaine’s Collection of Interior Designs: Everything that Relates to Furniture (Recueil de décoration intérieure concernant tout ce qui a rapport à l’ameublement), 1801-1812, engraving, from the LSU Library collection with an anonymous watercolor drawing of a vase, presumably by a student. (Photo by William Judson)

The symposium, titled “Charles Percier: Antiquity and Empire,” was organized by the graduate center of Bard College in New York City. Percier was Napoleon and Josephine Bonaparte’s architect of choice, and his designs were widely published during his lifetime and re-edited throughout most of the 19th century. The remodeling of the Malmaison near Paris, commissioned by the Bonapartes and now a public museum, is one of Percier’s best known contributions. Delivered in conjunction with a major exhibition, Charles Percier: Architecture and Design in an Age of Revolutions, at the Bard Graduate Center, Spieth’s talk mostly focused on the influence of the 18th-century Italian printmaker Piranesi on Percier’s designs and their subsequent international dissemination as pattern books. A recording of the symposium can be viewed on the Bard Graduate Center’s website, bgc.bard.edu/events/48/18-nov-2016-percier. 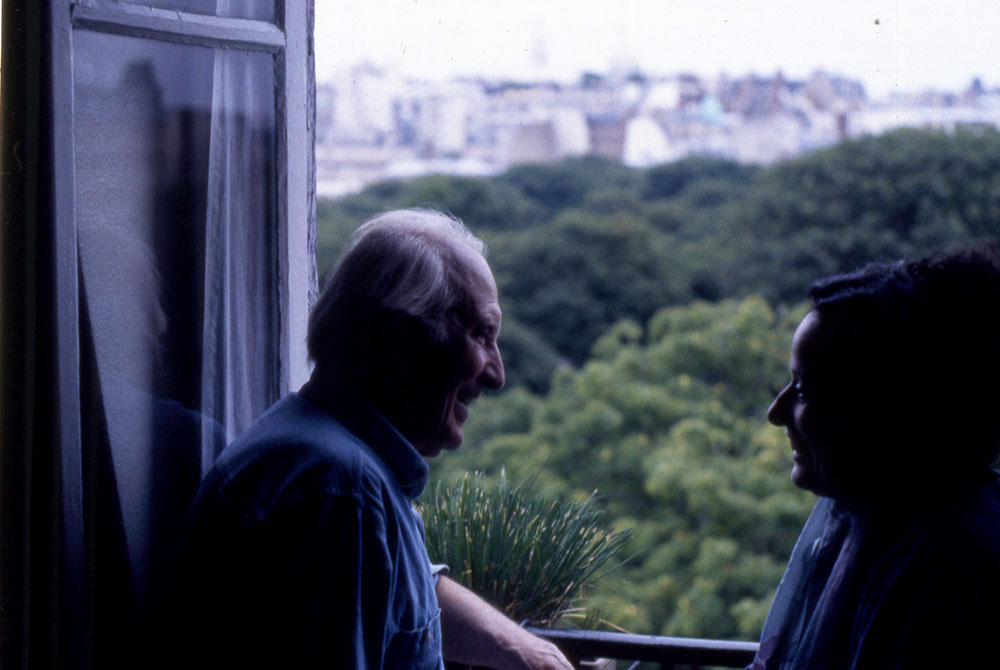 Spieth also contributed a chapter to a book published in commemoration of French sociologist Paul Vieille (1922–2010). The book, Méditerranée, Mondialisation, Démocratisation: Hommage à Paul Vieille, appeared in early March at the prestigious Parisian publishing house, Geuthner, located in the Quartier Latin. Spieth’s chapter, which is based on recollections of personal interactions with Vieille and his partner, feminist author Evelyne Accad—first at the University of Illinois, Urbana-Chapaign, and later during visits in Paris—highlights aspects of Vieille’s thoughts about the interrelationship of post-modernism and the imagination. Visit geuthner.com for more information on Méditerranée, Mondialisation, Démocratisation: Hommage à Paul Vieille.