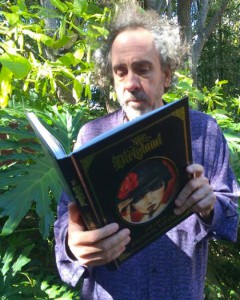 Art history professor Darius A. Spieth has contributed an essay to The Dirtyland, a book featuring the work of contemporary Californian painter Brian M. Viveros, who is best known for his imagery of self-assertive female fighters and smokers.

Spieth’s essay couches Viveros’ works in the cultural history of women smoking from the late 19th century to the present day. Smoking was considered originally a symbol of emancipation and female rebelliousness or non-conformity to social standards. In the early 20th century, these connotations came to be exploited by the advertising industry, which created imagery designed to encourage tobacco consumption among women. With the increasing awareness of the health risks associated with smoking, images of female smokers became first outdated, then turned into pieces of nostalgia.

Spieth’s essay shows how Brian M. Viveros’ art plays with these and related cultural codes. Commenting on the essay, Viveros said in a press release that he was honored by Spieth’s contextualizing his paintings within an art historical framework. Lavishly illustrated, the book is published by Thinkspace Gallery in Culver City, California.