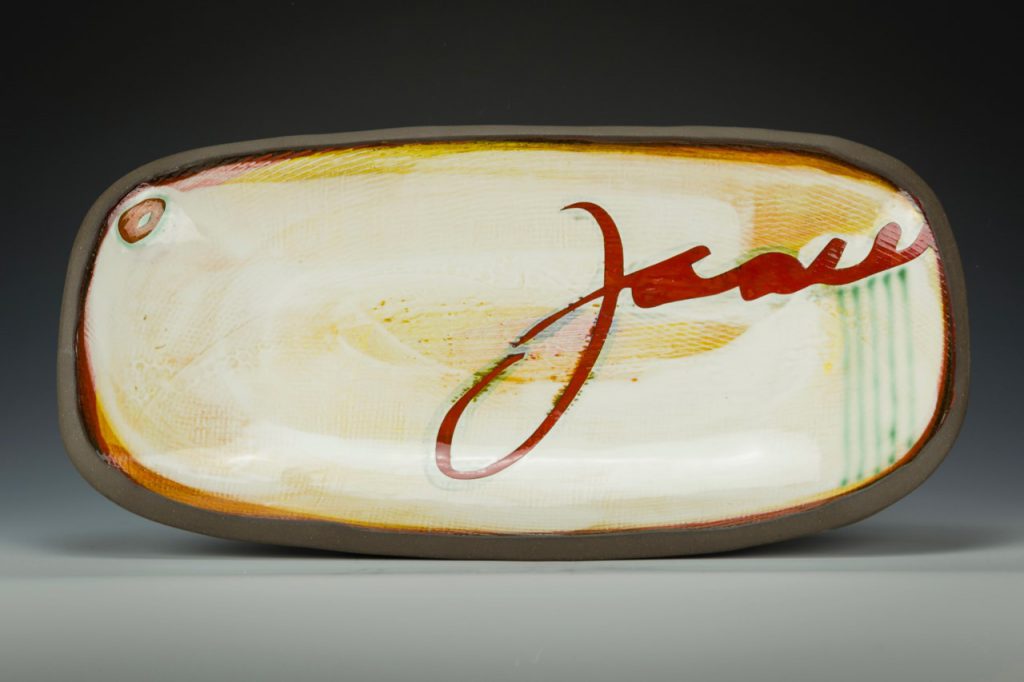 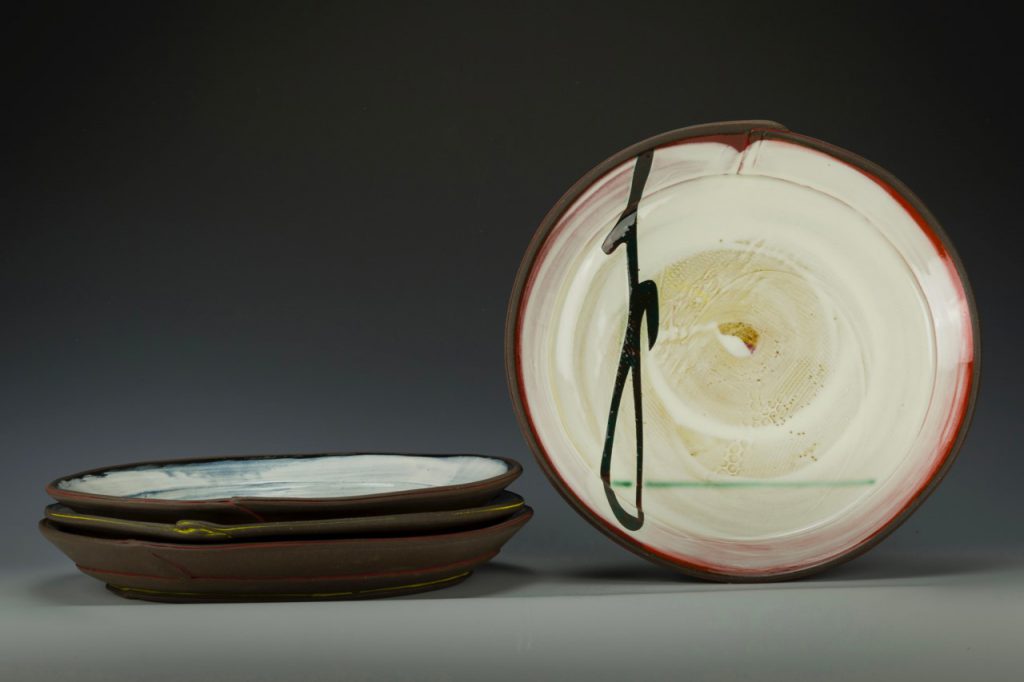 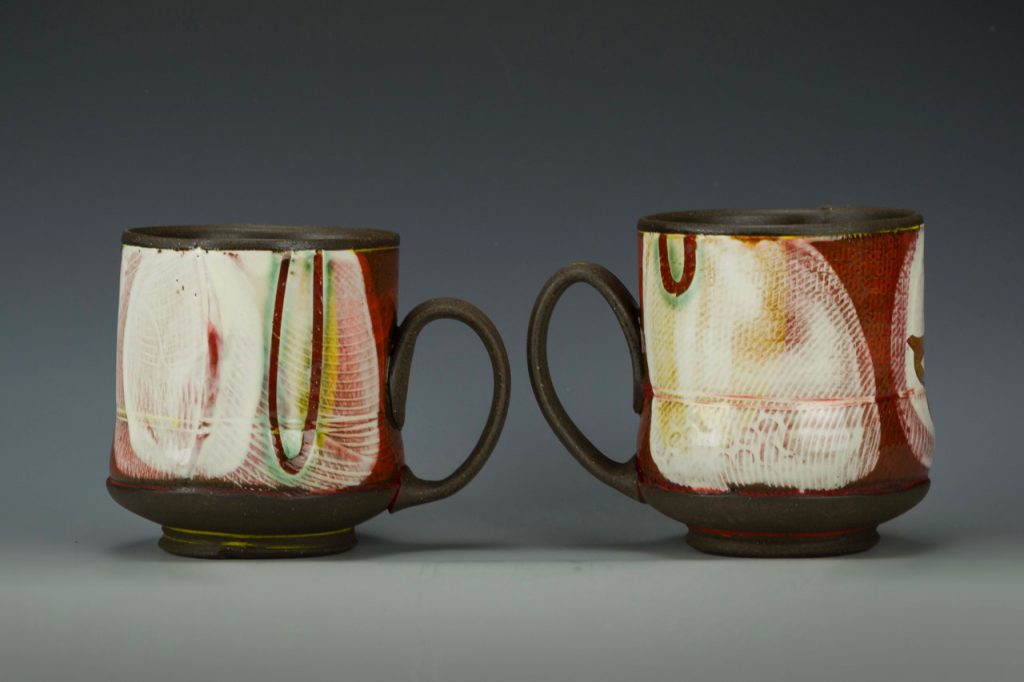 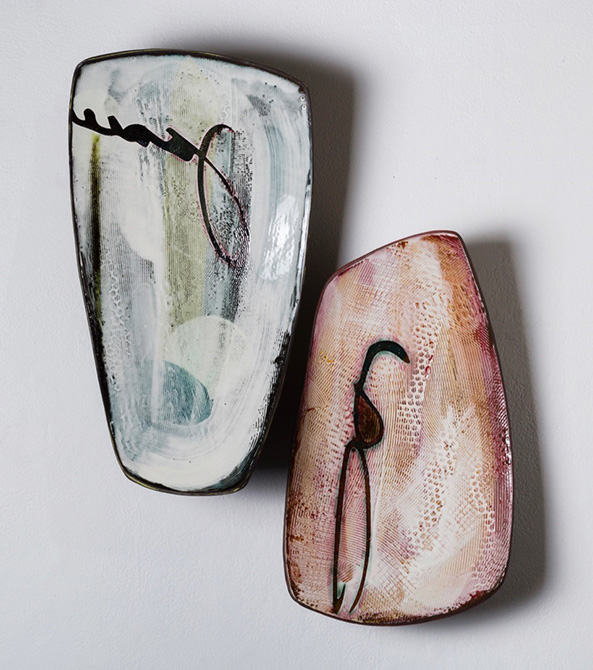 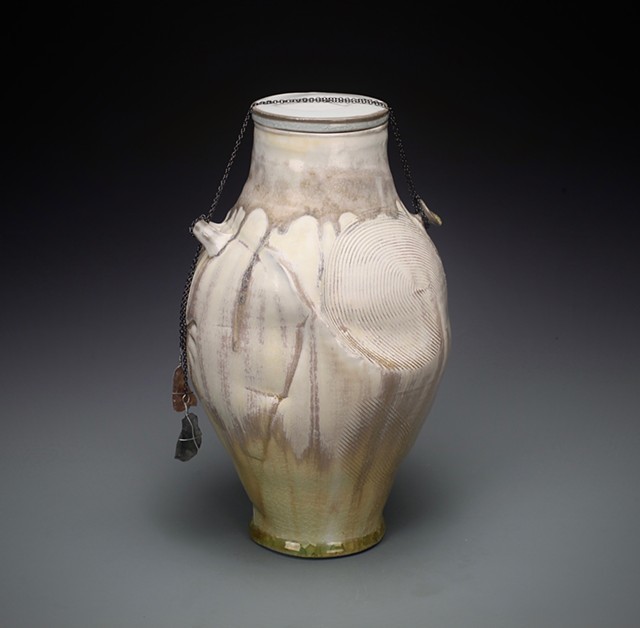 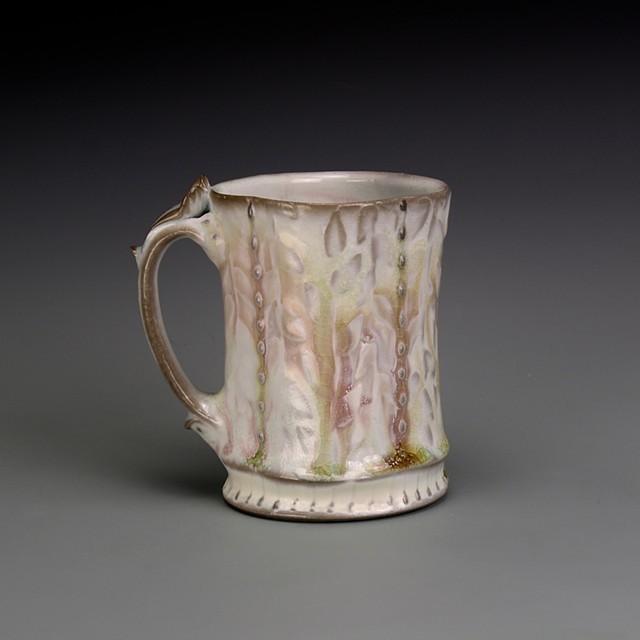 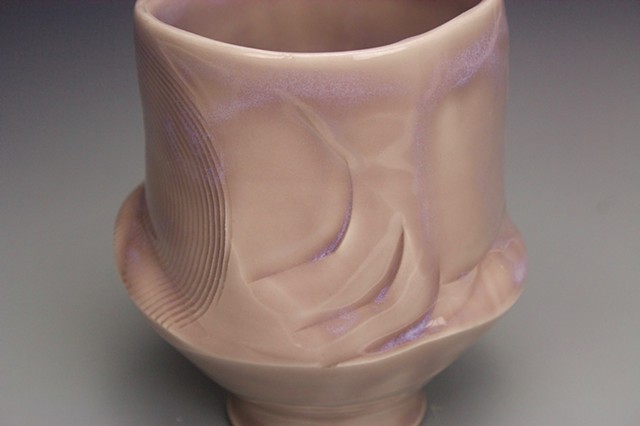 Two graduate students from the LSU School of Art, Naomi Clement and Mike Stumbras, have been selected as 2017 Emerging Artists by Ceramics Monthly, the preeminent international publication for ceramics enthusiasts.

As fewer than two dozen artists are selected for this prestigious recognition each year, it is a testament to the School of Art’s highly ranked MFA program and dedicated faculty that not one but two LSU students were chosen for this award.

Works by Clement and Stumbras are featured in the May issue of the magazine, and Clement also shares recipes for her Vince Patelka all-temperature slip and bright clear glaze.

“I’ve been a subscriber to Ceramics Monthly since I was 16,” shared Clement, “so it is a thrill and an honor to now be showcased in the magazine!”

Naomi Clement received a BFA from the Nova Scotia College of Art & Design (NSCAD), where she studied ceramics and art history. Before pursuing her current graduate studies at LSU, she sought out and explored different experiences as a craftsperson: working as an apprentice to several studio potters, as the ceramics technician during NSCAD’s summer session, and as an artist in residence at Medalta in Medicine Hat, in Alberta, Canada. In 2007, she interviewed several prominent NSCAD alumnae for her essay, “Walter Ostrom & the Female Potters of NSCAD,” which was subsequently published in the book Utopic Impulses: Contemporary Ceramic Practices.

In addition to being a passionate maker, Clement believes strongly in the importance of service to community and currently serves as a student director at large for the National Council for the Education of the Ceramic Arts (NCECA). She has exhibited her work, lectures, taught classes, and assisted in workshops throughout the United States and Canada. Clement said her work explores “how things fit together and how they do not.”

As stated in the May issue of Ceramics Monthly, “Clement hones in on these crossroads and uses points of transition in her work to create utilitarian vessels that have a visual record of her questions, decisions, actions, and intents.”

Mike Stumbras studied ceramics at St. Olaf College in Northfield, Minnesota, where he received a BFA in studio art and a BS in biology. Because of his interest in science, Stumbras said he is particularly curious about themes that relate to the natural world from a biological perspective. “I’m very interested in alternative processes and materials and the chemistry that governs his behavior. I want to expand the boundaries of conventional ceramic practices and participate in discussions that enhance the material culture of my craft.”

Before Stumbras came to LSU, he studied extensively with his mentor Steven Hill, learning about layering sprayed glazes, glaze chemistry, and single firing. He has had residencies in Chicago, Kansas City, New York, and Colorado, and he has received numerous awards. His work with radiation-sensitive glazes was featured in a previous issue of Ceramics Monthly.

“Mike Stumbras’ deft ability to combine references to historical production ceramics with contemporary studio practices means the work appears both old fashioned in form and design while also having cutting edge style and surface,” according to Ceramics Monthly.

Clement and Stumbras graduate this year, and their MFA thesis shows can be viewed at the LSU School of Art’s Glassell Gallery at the Shaw Center for the Arts in downtown Baton Rouge April 25–29, 2017. A closing reception will be held at the gallery on Saturday, April 29, 6–8 p.m.

View the 2017 Emerging Artists articles by following the links provided below. (These articles were originally published in the May 2017 issue of Ceramics Monthly, page 60, ceramicsmonthly.org; copyright, The American Ceramic Society, Reprinted with permission.)